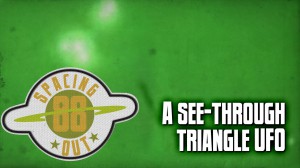 A military combat instructor says he caught footage of a UFO using his night vision equipment. Plus, Jason McClellan talks about a recent proposal to establish a UFO investigation group in Australia. That and other UFO news on this episode of Spacing Out!