During the broadcast, footage from the Fox 2 roof camera shows an active lightning storm resulting from the area’s severe weather. The station describes that “during that shot something flashes across the screen. The flying object is illuminated by flashes of lightning. In the blink of an eye it is gone.”

Viewer David Whitener posted a video clip to Facebook from the newscast showing the unknown object shooting through the sky. He posed the question, “What was that shooting across the screen did anyone else see that?” Some offered suggestions like meteors and alien spacecraft. One commenter chimed in, stating, “It is said that during thunder storms UFO sightings increase.” 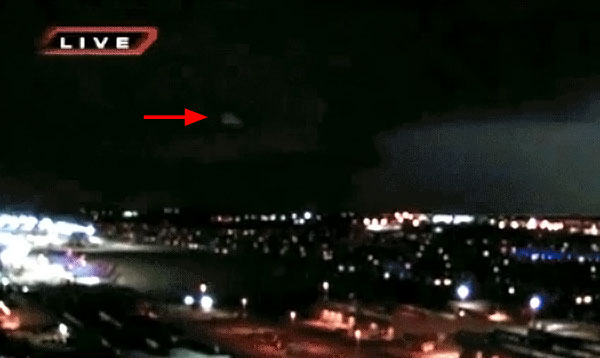 FOX 2 producer Kevin Pope and reporter Andy Banker examined the footage in question. After reducing the playback speed of the video, they conclude that the UFO is a bird illuminated by the lightning.

What do you think? Does the “bird” suggestion explain the mysterious object seen in the video? Share your thoughts by posting a comment below or by posting on the Open Minds Facebook page.