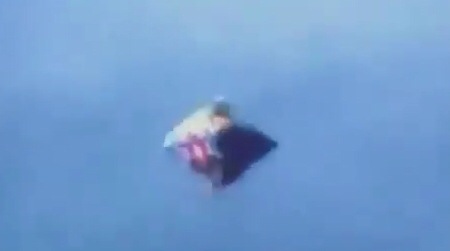 A New Jersey witness at Sayreville reported watching and photographing a diamond-shaped UFO moving at the treetop level, according to September 9, 2014, testimony in Case 59688 from the Mutual UFO Network (MUFON) witness reporting database.

The witness was outside with his dog at 7 a.m. on August 29, 2014 when an object in the northeast sky appeared to be a drone or someone playing with a remote control aircraft. 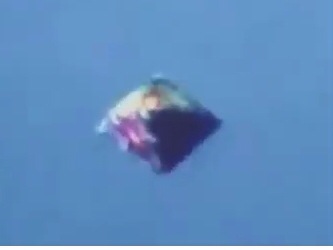 While it seemed early in the day for remote control aircraft, the witness decided to take out his cell phone and shoot three images of the object.

“The object was diamond-shaped but concave towards the bottom,” the witness stated. “The back almost looked like something out of a movie like it would have engines off the back only it wasn’t moving in the direction the engines were facing. I was able to see this object for about a full minute and-a-half to notice it had what looked to me like a glass area in the front side for observation.” 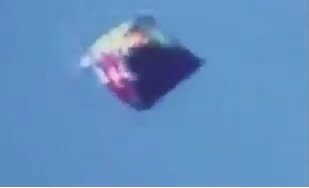 The witness believes that the object should have been picked up on radar.

“There was no sound; however, where I live is a very high commercial airline traffic area. I would be hard pressed to believe this would not have shown up on radar.”

The witness uploaded three images with the MUFON report: Image 1, Image 2 and Image 3; and one illustration of what the object looked like.

Sayreville is a borough located on the Raritan River, near Raritan Bay in Middlesex County, New Jersey, population 42,704. New Jersey MUFON is investigating.

A commenter on MUFON’s website has noted that this image appears to be from a video posted on YouTube in January, 2013.