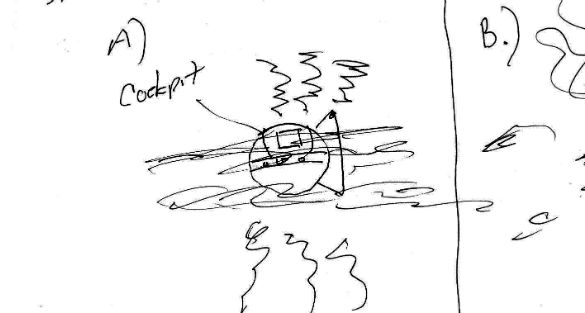 A California witness at Moorpark reported watching an odd object with cloaking abilities with the words “USAF 003” on its tail stabilizer, according to testimony in Case 84601 from the Mutual UFO Network (MUFON) witness reporting database. 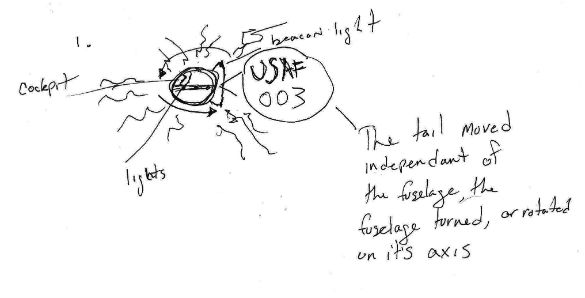 “Looking right at it, my eyes hurt to look at it,” the witness stated. “It is using some kind of neural confusion. It was like trying to look at a needle coming at your eye. It gave off some type of electrical interference, and seemed to rotate radially even though it was stationary. It looked big enough to hold one or two people.”

But the witness stated that there were letters and numbers on the object that were readable.

“I could see very clearly on the tail stabilizer, USAF 003, in white paint. There were bright, silver fixtures and they had solid beacon lights that were white. The tail moved independent of the fuselage. There was a cockpit windscreen/canopy. It was non-reflective, silver material, that had a very odd indentation. It looked like a cookie sheet with a larger section around it to extend it, like a top hat.” 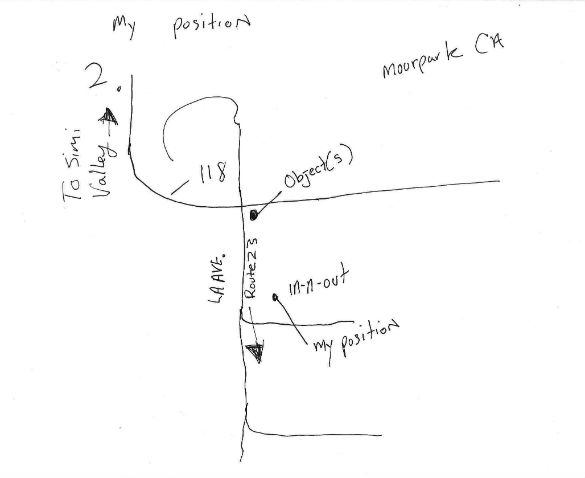 The witness seemed to think that the object was cloaking itself.

“The electrical interference seemed to pick up. It disturbed another one just like it in formation next to it and I could see an illusion effect and then nothing as the cloak reengaged and they were gone. There was an inaudible, pulse-like concussion as well. I said, ‘holy (blank)’ and it went over the microphone to the drive-thru guy, and he said, ‘hold on.’ And it definitely changed the electromagnetism around us. Something felt off. The air was empty. It felt like a rug had been pulled out from underneath the air. It’s hard to explain. They were about 400 feet above the 118 overpass in Moorpark, California. I swear by this statement and its truth. The metal looked old, and was matte-like. It did not pick up light like high gloss paint. I’ve been going through books since I came home. It’s good to know it’s us that has this stuff.” 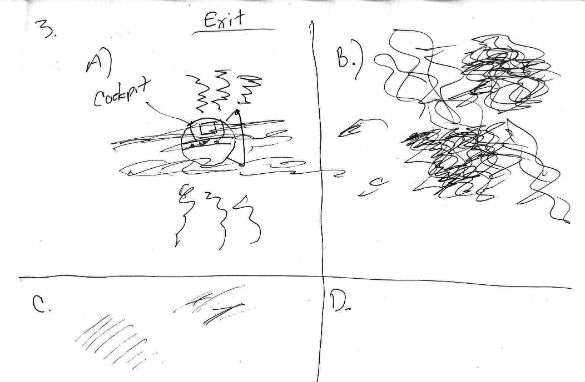 The witness included three illustrations with the report, which was filed on June 25, 2017. California MUFON Field Investigator Rick Browman is investigating. Moorpark is a city in Ventura County in Southern California, population 34,421. Please remember that most UFO sightings can be explained as something natural or man-made. The above quotes were edited for clarity. Please report UFO activity to MUFON.com.