A video that was allegedly shot near the remote Area 51 military installation in the Nevada desert shows what appears to be an unidentified disc-shaped craft being transported on a semi’s trailer.

This one-minute-thirty-five-second video was uploaded to YouTube on March 24 by user TheMrKikiriki with the title, “UFO Being Towed in Nevada near Area 51.” No description accompanies this video. But it clearly shows a convoy of vehicles, including what could be police vehicles, escorting a semi truck hauling a platform trailer. On this trailer is a seemingly exposed aircraft that bears a striking resemblance to a classic flying saucer. 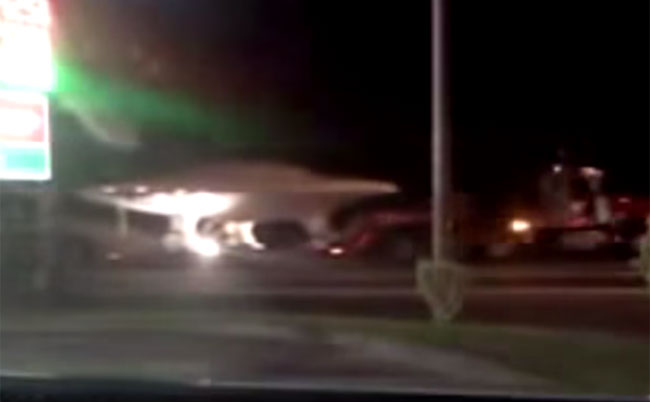 Based on the video’s audio, the individual who recorded the video used his cell phone to capture the moment the convoy passed the gas station where he and another male individual were stopped. And, based on their dialog, they felt it necessary to be discrete with their filming of the unidentified object.

It seems unlikely that the military, or some secret government agency, would transport a secret aircraft, especially an extraterrestrial spacecraft, in the open for anyone to see. Perhaps that unlikeliness would make it the perfect way to transport something so incredible. It’s also possible that the object is simply a fabricated flying saucer created for display purposes at some Nevada business along the Extraterrestrial Highway.

But another likely possibility is that the craft seen in the video is the X-47B unmanned drone aircraft made by Northrop Grumman. 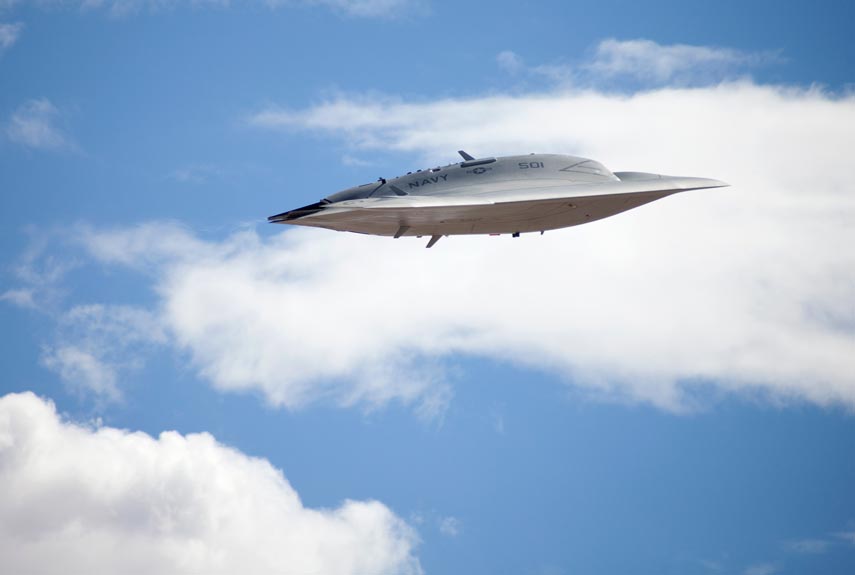 Although the identification isn’t conclusive, based on the nearly identical appearance of the craft to photos of X-47bs in transit, the object allegedly recorded near Area 51 is likely an X-47b unmanned aircraft and not an alien spacecraft. 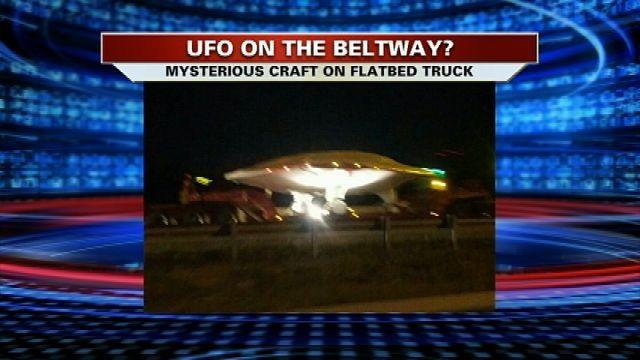 An X-47b in transit in Washington, DC. (Credit: MyFoxDC)