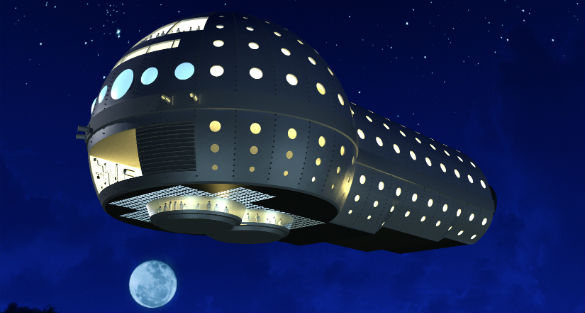 Editor’s note: This article appeared in Issue 5 of Open Minds Magazine in 2011.

This report was originally published in the 1984 APRO Bulletin (newsletter of the Aerial Phenomena Research Organization). New illustrations have been provided by Jim MacNeill. The text of the original article has been slightly modified from its original version. The original can be found here.

The following case is the result of a lead furnished to APRO by Bob Gribble of the Phenomena Research Hot Line. The follow-up investigation was completed by Field Investigator Ed O. Brown. The name of the witness and some identifying names of the exact location have been changed to protect the principle, as requested.

Mrs. Pat Norris, twenty eight years old, lived with her husband, Carl, and three children in a suburb of Mobile, Alabama. On the evening of February 3, 1983, she had visited a friend in Mobile, and when the friend’s husband arrived from work, Mrs. Norris left and headed home on Highway 90. As she turned off the highway, she heard an explosion. At this point, her car began to vibrate, making it difficult for her to steer. She negotiated another turn off the road she was on, brought the car to a halt, opened the car door, and leaned out to ascertain the cause of the problem.

Mrs. Norris continued driving, and the vibrating stopped. She turned onto another road and saw that the woods ahead were brilliantly illuminated. At first she thought that there was a helicopter search in progress because of the lights, and she was very frightened. She again stopped the car, and at this point, she sighted a huge object about half a mile west of her. She later thought that the explosion she had heard earlier was the object coming down over a clay and gravel pit in the vicinity. 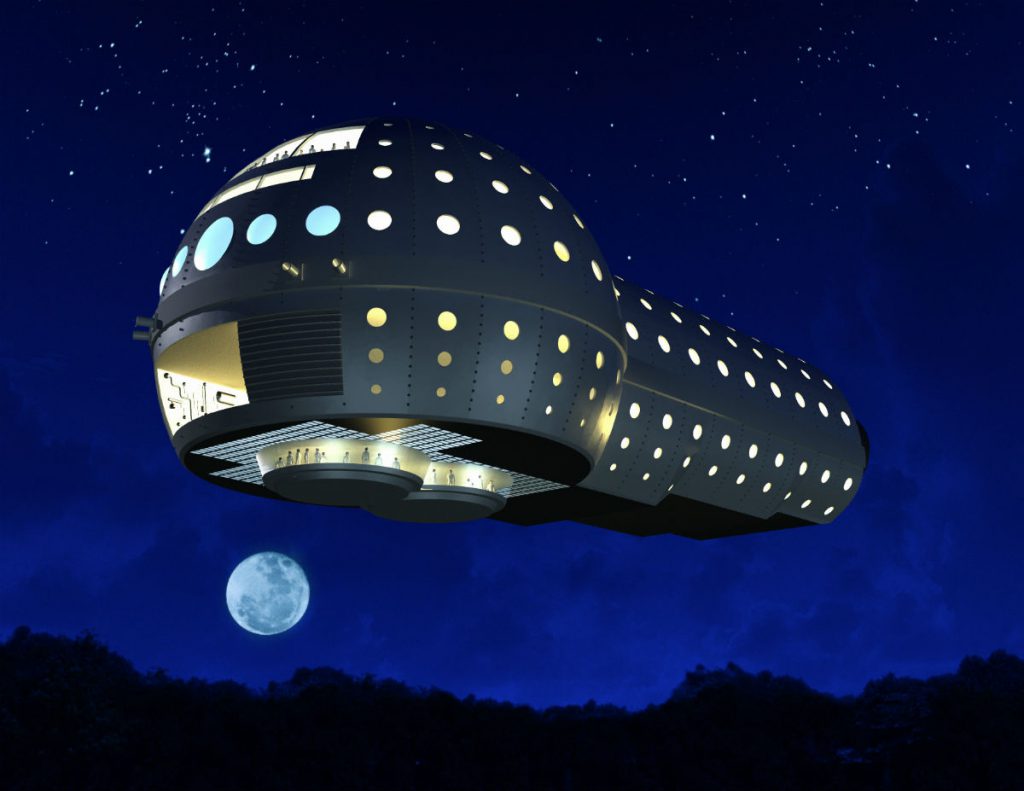 The thing was huge—later estimated to be seven to eight stories (70 to 80 feet) high and “six telephone poles” (210 feet) wide—and appeared to be moving toward her at four or five miles per hour. The evening had been clear and cool, and she had driven with the car windows closed. After the explosion, she noted a “chopping wind, a high-pitched sound, and a roaring sound” as well as the vibration. She noted the “whipping of the wind—like a tornado.”

When the object reached a point fairly close to Mrs. Norris, the object halted and all of the noise stopped. It was completely silent, and Mrs. Norris lost all the fear she had felt before. She then got out of the car to get a better look. She strained to take in every detail—feeling like a child with “unbelievable happiness.”

Carl Norris, Pat’s husband, said that although his wife told him of her sighting after it happened, he didn’t realize how important it was to her until she started checking books out of the local library pertaining to UFOs and related subjects.

Mrs. Norris estimated the time duration of the sighting as five minutes. As the craft appeared, Mrs. Norris’s attention was drawn to a top deck with a long window she estimated to be fifty-three feet and through which she viewed twenty or thirty persons, apparently oblivious of her presence, walking about as if they were changing shift. The wall behind them was curved and white. There were no instruments. The people did not appear to look out the window. The beings were pale-skinned and dressed in white one-piece suits. She judged them to be about five-feet-ten-inches tall, quite slender, but with chests larger than ours, the top of the head more prominent, and no hair. She noticed nothing out of the ordinary about their eyes. What did draw her attention was the great grace of their movements. The overall atmosphere seemed “sterile.” 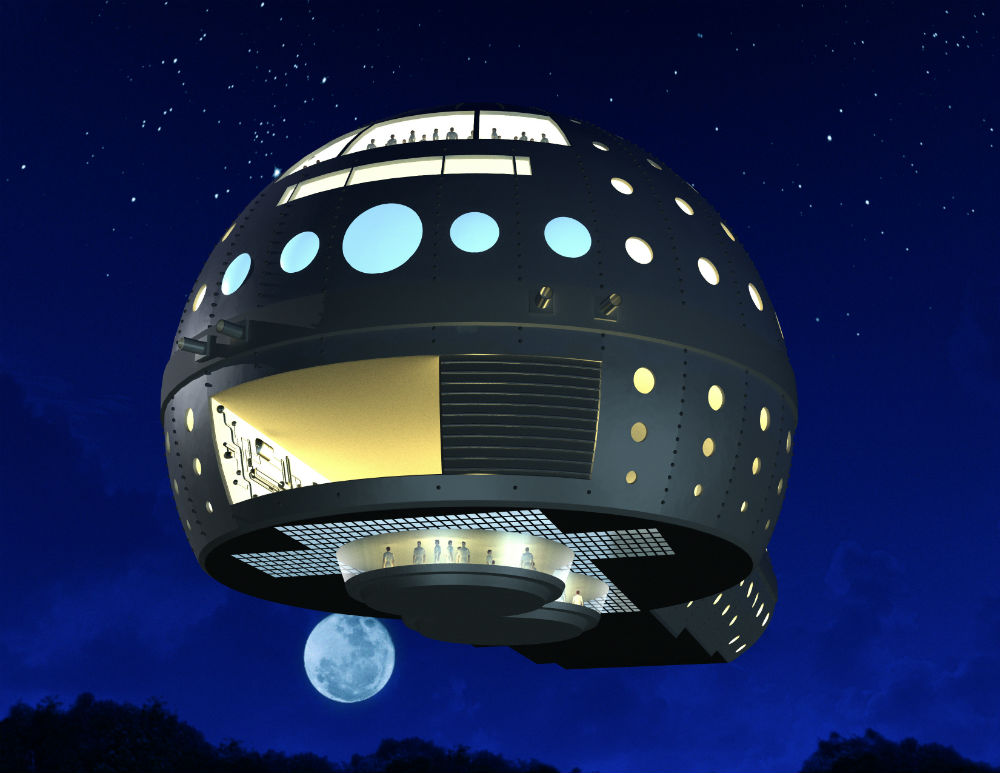 Below this top-deck window was an opaque window. The area around it was all white. This lower window was in sections and was inset. The glass was tinted.

Below the center of the craft, a door was closing from right to left. All across the craft, she saw rivets and portholes. She said she could see the portholes as she peered into the craft. She saw some construction that included “huge I beams like they put ships together with, and beams holding the glass in there.” The bottom side was tiered upwards. The construction reminded her of a ship or submarine. She said it seemed possible that it could have been constructed here on Earth.

The very bottom of the craft was formed into a cross, made with one foot mirrors and an observation deck hung down and around the bottom with beings in it. In this case, unlike the top deck, the people were peering out, while overhead she heard a very low-pitched but clearly audible (almost like a growl) “announcement” coming from the area of the observation deck.

Mrs. Norris said she believed that the beings didn’t realize she was there until they were directly over her position.

She saw four pipes projecting six to eight feet out from the craft set in three or four foot square boxes. They had a hollow flange on the end like a tank cannon, and she believed “it looked like a weapon.”

The craft took a southerly turn as it went on from where she was parked. She said it was staying in the wooded area and did not cross Highway 90 again. It lit up the wooded area and the area beneath it as it moved on. It had white spotlights, and it had blue and red lights on its sides that intermingled, pointing up to the clouds and then down to Earth.

After the object was out of sight, Mrs. Norris continued home, arriving at 1:10 a.m.