Home / Featured / UFO on radar at airport in Bremen, Germany 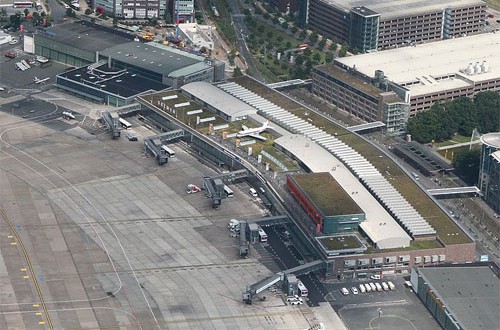 UFO on radar at airport in Bremen, Germany

Travel was recently disrupted at Bremen airport in northwestern Germany when a UFO appeared multiple times on radar.

According to German news site The Local, the UFO showed up on the radar at Bremen Airport several times between 6:30 p.m. and 9:30 p.m. on Monday, January 6. But the unidentified object was also reportedly seen by air traffic controllers in the airport’s tower, as well as by police officers. Although the object was seen visually by multiple witnesses, no physical description of the UFO has been released. But it was estimated to be flying at a height of approximately 1,000 feet. 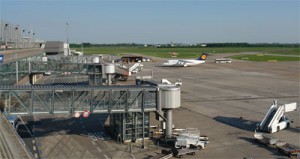 Once police had been alerted to the UFO’s presence, they attempted to intercept and identify the craft. A police helicopter searched the area where the aerial object had been reported, but the UFO could not be located.

Because of the UFO’s presence in Bremen airspace, The Local reports that “a flight from Frankfurt had to be canceled and a second flight from Munich was diverted to Hannover,” while “another plane coming from Paris had to stay airborne for a while before it could land.”

An Airbus A320 plane nearly collided with a UFO near Heathrow Airport in London back in July of 2013. But with that event, the only other object that appeared on radar was an aircraft flying at a lower altitude than the passenger plane. That incident was investigated by the UK Airprox Board, a group of aviation experts that meets monthly to review near-miss reports. But the group was unable to identify the UFO that almost crashed into the A320 plane.

Similarly, authorities in Bremen have been unsuccessful in identifying the unauthorized intruder at Bremen Airport.

UPDATE: Witnesses now explain that the object “looked like a plane but was a lot louder.” And, according to The Local, a spokesperson from German Air Traffic Control (DFS) describes, “It had normal lights, red and green, and an approach light on both sides.”