Home / Featured / Soldier considers UFO may have been military drone 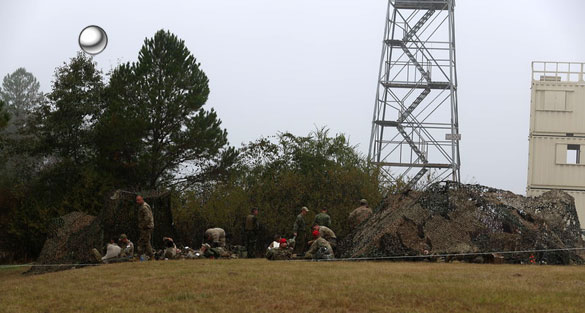 Soldier considers UFO may have been military drone

A Georgia military witness recalls an event from 2005 where a chrome sphere UFO “the size of a basketball” followed his platoon training exercise for two days, according to testimony in Case 79847 from the Mutual UFO Network (MUFON) witness reporting database. 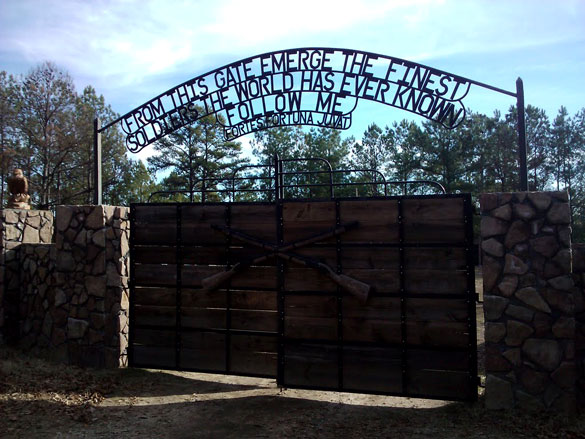 The witness heard about the UFO from fellow soldiers who were out on a training exercise the previous day. Pictured: Fort Benning, GA. (Credit: Google)

The witness was serving in the infantry at Fort Benning, GA, when the incident occurred on July 10, 2005.

“The first day half of our platoon went out and then the second day the rest of the platoon would be taken out for the training,” the witness stated.“At the end of the first day, the first half came back going on and on about a UFO. I wasn’t there so I thought they were mistaken or outright making up stories.”

Then on the second day, the second half of the platoon went out to the training grounds.

“Two or three people from the first day also came out with us. Within a half-hour we started hearing a loud buzzing sound. The men who were there the first day start yelling, ‘It’s coming. It’s coming. That’s the noise we heard it make the whole time.” 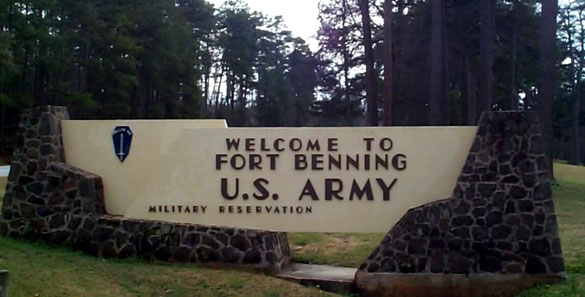 The witness heard the sound of the object just before seeing it. Pictured: Fort Benning, GA. (Credit: Google)

The witness looked up to see the object that had been described the day before.

“Sure enough about 50 feet over the tree tops comes this chrome metallic sphere. The buzzing was loud. Like it had a motor going inside it. Though the sphere looked complete. I couldn’t see any openings or ports. It would follow us hovering, and then changed direction and heading. Though it always kept us in line of sight. Sometimes it would go so far out and up that we couldn’t hear the buzzing and could barely see the glint of the chrome in the sun. At least a quarter mile out.”

The witness thinks the object may have been early drone technology.

“I always thought it was a drone. This was 2005 so drone designs were coming out every day. I thought for sure someday I would get an explanation. I always was sure it was our own military using my platoon as training for this object. The funny part is the closest thing to someone else seeing something like that and matching my story was a UFO encounter. But I’m still sure you’re going to read this and go, ‘Yeah, yeah. It’s some never-made-it U.S. drone design.’ If that is the case, sorry for wasting your time. If it wasn’t for my buddy hearing my story and making me fill out reports, I never would have said anything. I mean it was like 11 years ago.” 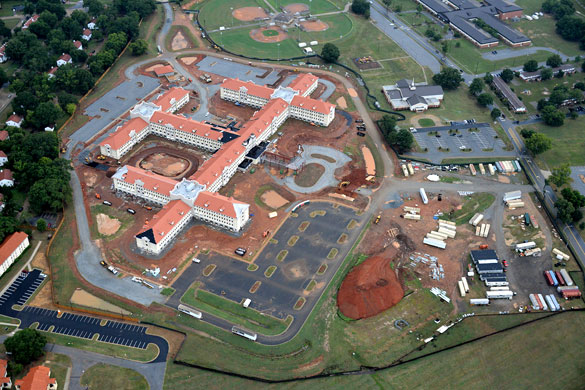 The witness believes the object may have been some type of military drone that was being tested. Pictured: Fort Benning, GA. (Credit: Google)

Ft. Benning is a United States Army base straddling the Alabama-Georgia border next to Columbus, Georgia. Georgia MUFON State Director Ralph Howard is investigating. Please remember that most UFO sightings can be explained as something natural or man-made. The above quotes were edited for clarity. Please report UFO activity to MUFON.com.