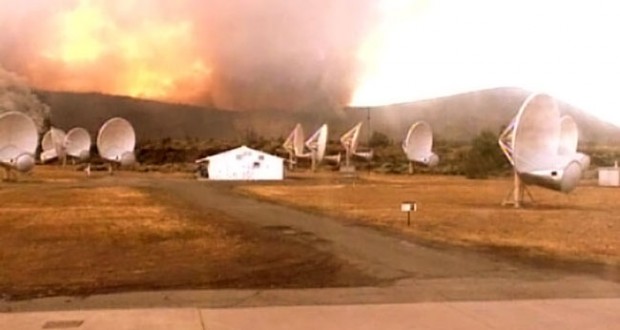 SETI’s alien search is back online after wildfire threat

Raging wildfires halted operations at the SETI (Search for Extraterrestrial Intelligence) Institute’s Allen Telescope Array in Hat Creek, California. SETI uses this array of radio telescopes to listen for incoming radio transmissions that could be communication from extraterrestrial civilizations.

Employees were forced to evacuate the area, and the data network and electricity were reportedly interrupted at the site. SETI senior astronomer Seth Shostak explained to CNN, “We can’t listen when all that is down.” CNN reported that “The blaze came within a mile of the facility . . . on both the east and west.” 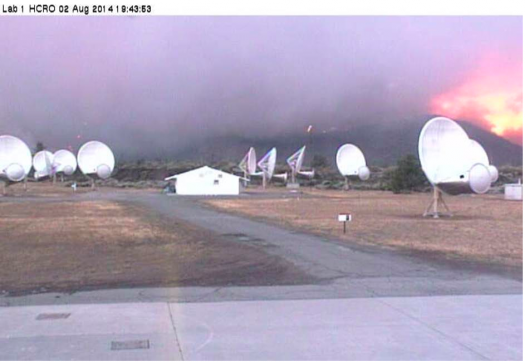 Shostak posted regular updates to the SETI Institute’s website during the ordeal. On Thursday, August 7, he reported, “The Eiler fire is now reported as being 40 percent (perimeter) contained. It is no longer threatening the Array.”

SETI scientists were eventually permitted to return to the site. And on Friday, August 8, Shostak posted the following message on Twitter, announcing that the institute’s alien search is back online.

Allen Telescope Array is back, up and running. The bush fire didn't quite get to the antennas, thankfully … 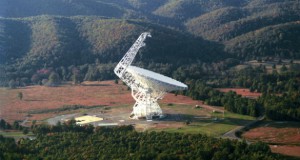 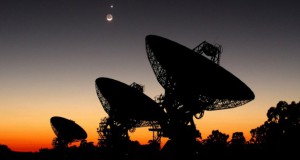 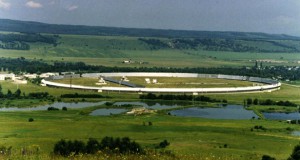