Stop me if you’ve heard this one before. Someone was browsing on Google Earth when they noticed a pink UFO in the sky. 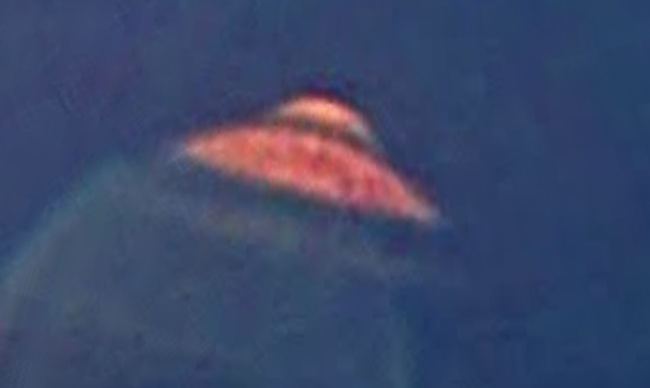 Close up of the pink UFO in Montana. (Credit: Google)

This has become a common occurrence in recent years, and this indicates that either Earth is being invaded by stylish extraterrestrials, or, the more likely explanation, people continue to be fooled by common lens flare.

The latest pink UFO sighting was discovered in Trout Creek, Montana on Google Earth by a guy in Newfoundland who then informed a guy in Taiwan. Are you following this? So here’s where this particular pink UFO sighting gets a little more bizarre than others. The Google Earth image apparently shows a carefree alien with the top down and the wind in his or her hair. 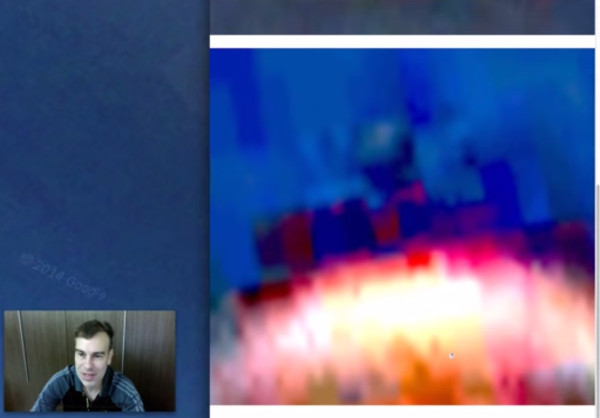 The individual who claims this discovery is, of course, Scott Waring of the sensationalistic website UFOSightingsDaily.com. He posted a video to his YouTube channel to explain how to see this convertible UFO and its driver on Google Earth. He describes in the video’s description:

I got a report from a guy in Newfoundland and he found a UFO on Google Earth in the Trout Creek, Montana area. I investigated it and took a few screenshots which revealed something that was not first apparent…there is an alien head sticking out from the UFO! Look carefully at the shading and curvature around the head and you will know its real. I am just blown away that we have real proof of alien with this photo. I thought it was just a UFO, but this head sticking out is proof that not all UFOs are ET drones, but some are controlled and flown by actual aliens. Its a very exciting photo and I really hope you think so too. Know that google deletes all UFOs that I report within 3-6 months. I have reported over 50 and I don’t believe any of them are still there. So please record this UFO on google earth and upload the video to Youtube so others can see it or just copy my video and share it…I’m cool with that. This way the UFO even if it gets deleted will have evidence of it existing in many videos.

A photo showing an extraterrestrial flying a UFO would be pretty exciting. But, in the case of the pink UFOs, that is unlikely. It’s hard to fly something that doesn’t physically exist. And these pink UFOs are not physical objects.

People all over the world have detected UFOs using Google Earth and the Street View feature of Google Maps practically since the service was launched in 2007. Back in 2012, photo-video analyst Marc D’Antonio told Huffington Post journalist Lee Speigel that he believes these pink UFOs are simply lens flare resulting from the camera’s location in relation to the sun’s position. And that is demonstrated in the following video:

Although strange in appearance, these pink UFOs are “simple, but classic, lens flare,” as D’Antonio explained to Speigel. Unfortunately, this commonly seen photographic artifact will continue to bewilder users of Google Earth, especially since there will always be those eager to create and perpetuate mystery where there is none. 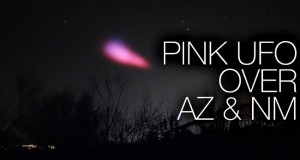 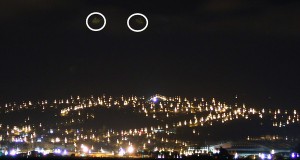 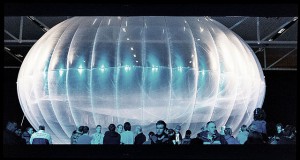