Several more witnesses have come forward saying they also saw mysterious lights over the Leicester area in England, including an off-duty police officer.

In a previous story on OpenMinds.tv, we covered the sighting of two orbs seen by a woman in the town of Earl Shilton. She said that she heard noises at about 4:50 a.m. that caused her to get out of bed and investigate. Soon after she saw two orbs of light out of her window that she believed were over the nearby town of Barwell.

She says the two orbs combined and moved apart several times before shooting off into the distance. She caught a few seconds of video (seen above). 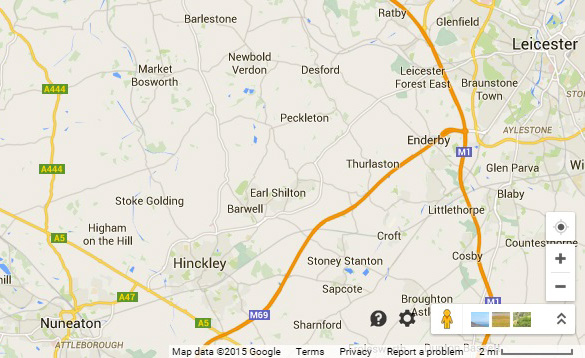 The story, and the subsequent investigation by a local UFO organization, the Leicestershire UFO Investigation Network (LUFOIN), was covered in a story in the Hinckley Times. In the story, UFO researcher Joanna Kavanagh said she and her colleagues would like to hear from anyone else who might have seen the UFO that night. According to a new story in the Hinckley Times, several new witnesses have come forward.

One of the new witnesses is a man in the nearby town of Hinckley. He says that he was walking his dog at around 5 a.m. when he saw two large illuminated spheres flying across the sky. He say they were totally silent and estimates they were at an altitude of 1000 feet. He said they looked similar to what the original witness caught on video, but he said he does not believe in UFOs.

A second witness is an Automobile Association – an organization similar to the AAA in the US – officer who was helping a motorist. He says the object moved back and forth across the road. He also said there was no sound and the objects seemed to hover for a period of time before flying off towards Earl Shilton. 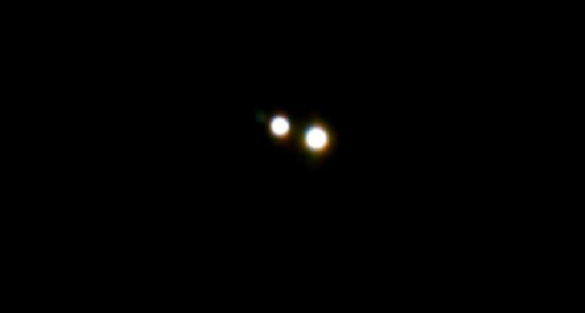 A still image of the UFO over Barwell from the witness video.

The third new witness is a police officer who was off-duty when he spotted the objects. He says he watched them hover silently over the Barwell area for about a minute. He told the Hinckley Times that the objects did not resemble a normal aircraft.

Kavanagh says she is excited about the new witnesses. She says, “We are not sure at all what it could have been. It’s a very mysterious one.”

“We don’t think it could have been a Chinese lantern or a drone because they don’t move in that way,” Kavanaugh continued. “It’s very exciting. We have ruled out a lot of possibilities.”

Kavanaugh says they would still like to hear from other witnesses if there are more out there. You can find LUFOIN at their website: lufoinregister.angelfire.com.