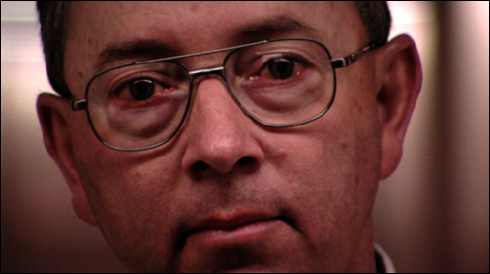 A former Air Force officer claims UFOs were used as a cover-up in the new UFO documentary Mirage Men. The film which originally premiered at select film festivals in June of last year will be available to rent and stream online beginning March 27th.

The movie is based off of the 2010 book Mirage Men: An Adventure into Paranoia, Espionage, Psychological Warfare, and UFOs by Mark Pilkington, a British journalist and filmmaker. The book asserts that the U.S. military was responsible for planting stories about UFOs to the public in order to conceal secret military projects.

The film centers around Richard Doty, a former Air Force officer who served in the Office of Special Investigation in the 1980s. Doty claims that he fed disinformation about UFOs in order to keep the public from discovering classified secret projects. He also alleges that the government has had contact with extraterrestrial civilizations and that UFOs are extraterrestrial crafts. His alleged disinformation campaign came at the cost of UFO researcher Paul Bennewitz, that account can be found in the October/November 2013 issue of Open Minds magazine.

“How the US government created a myth that took over the world: UFOs: weapons of mass deception… For over 60 years teams within the US Air Force and Intelligence services exploited and manipulated beliefs about UFOs and ET visitations as part of their counterintelligence programmes. In doing so they spawned a mythology so powerful that it captivated and warped many brilliant minds, including several of their own. Now, for the first time, some of those behind these operations, and their victims, speak out, revealing a true story that is part Manchurian Candidate and part Close Encounters of the Third Kind.”

The movie is currently available for pre-order rental at a discounted rate below: