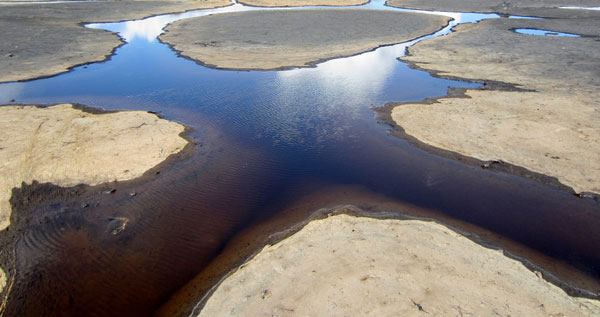 Scientists discovered microorganisms living inside a giant asphalt lake on Earth, which suggests that life could exist in similar environments on other worlds. 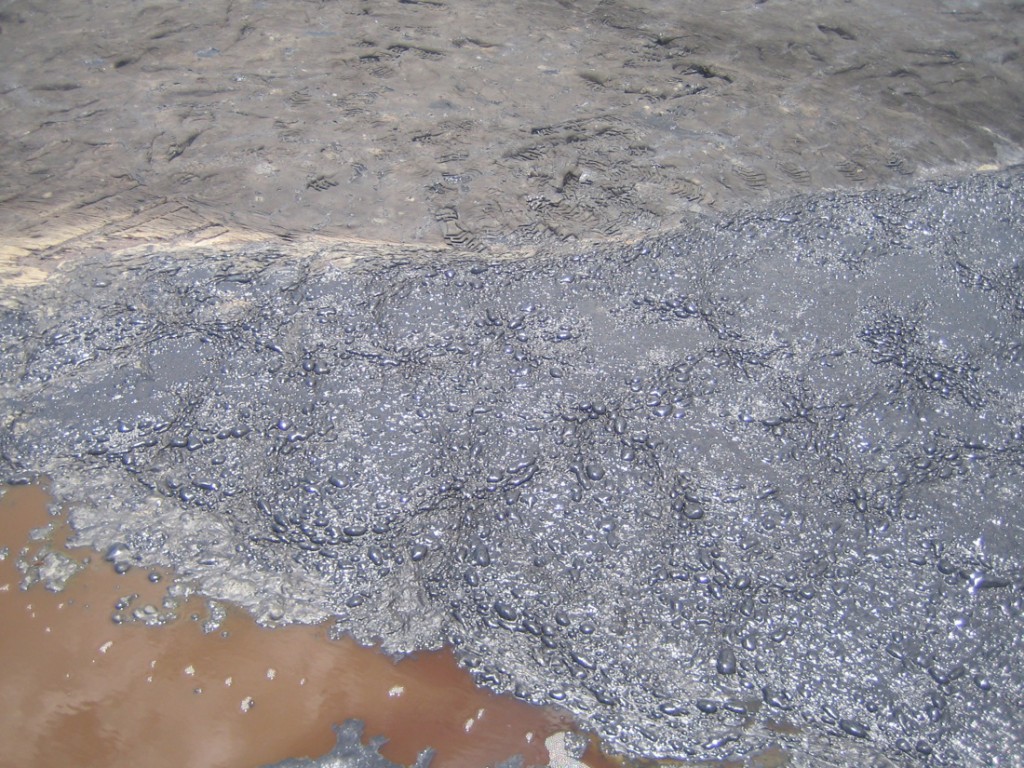 Researchers recently studied Pitch Lake on the Caribbean island of Trinidad, which happens to be the largest naturally occurring asphalt lake on Earth. Scientists considered the oil in this roughly 114 acre lake too toxic to support life. But, as LiveScience explains, “Now, scientists find microbes active within Pitch Lake, dwelling inside water droplets as small as 1 microliter, about one-fiftieth the size of an average drop of water.”

Dirk Schulze-Makuch, astrobiologist and co-author of this recent study, explains, “Each of these water droplets basically contains a little mini-ecosystem.” Environmental microbiologist Rainer Meckenstock, the study’s lead author, believes, “The microbes most likely were enclosed in droplets in the deep subsurface and ascended together with the oil.” This discovery is potentially good news for the possibility of life on Saturn’s moon Titan, which Schulze-Makuch explains has hydrocarbon lakes on its surface. LiveScience explains that “Water-ammonia mixtures may rise up to Titan’s surface from below, just as the water found in droplet form in Pitch Lake is thought to have.” 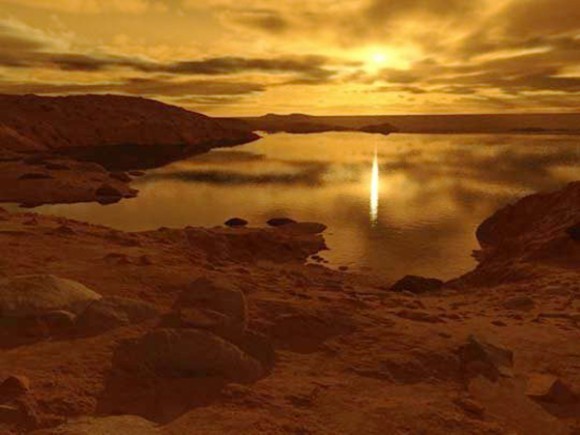 An illustration of a lake on Titan. (Credit: Ron Miller)

Schulze-Makuch was part of another recent study that asserts the Milky Way is home to one hundred million planets that could support alien life. And not just simple microbial life, but complex alien life.

The findings from this research were published in the August 8 issue of the journal Science.