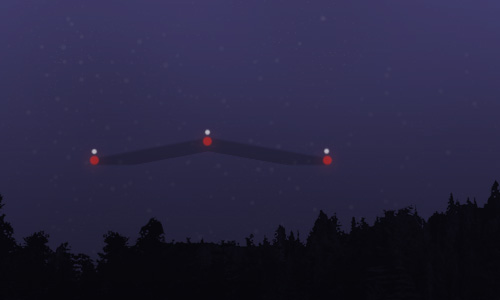 The witness provided this illustration of the object seen while driving in Burlington, Ontario, Canada, about 9:40 p.m. on August 10, 2014. (Credit: MUFON)

An Ontario, Canada, witness at Burlington reported watching a large, V-shaped UFO that was first thought to be a building – until it moved about 9:40 p.m. on August 10, 2014, according to testimony in Case 58833 from the Mutual UFO Network (MUFON) witness reporting database.

The witness was driving to a friend’s house when bright red and white lights were first seen.

“I thought it was a structure’s lights until it started moving and I stopped my car,” the witness stated.

“It was a wide/long, V-shaped object with two lights at each point, two on the outer wings and one in the middle. Each light was red with a smaller white light atop. Initially I thought it was a building until it started moving.” 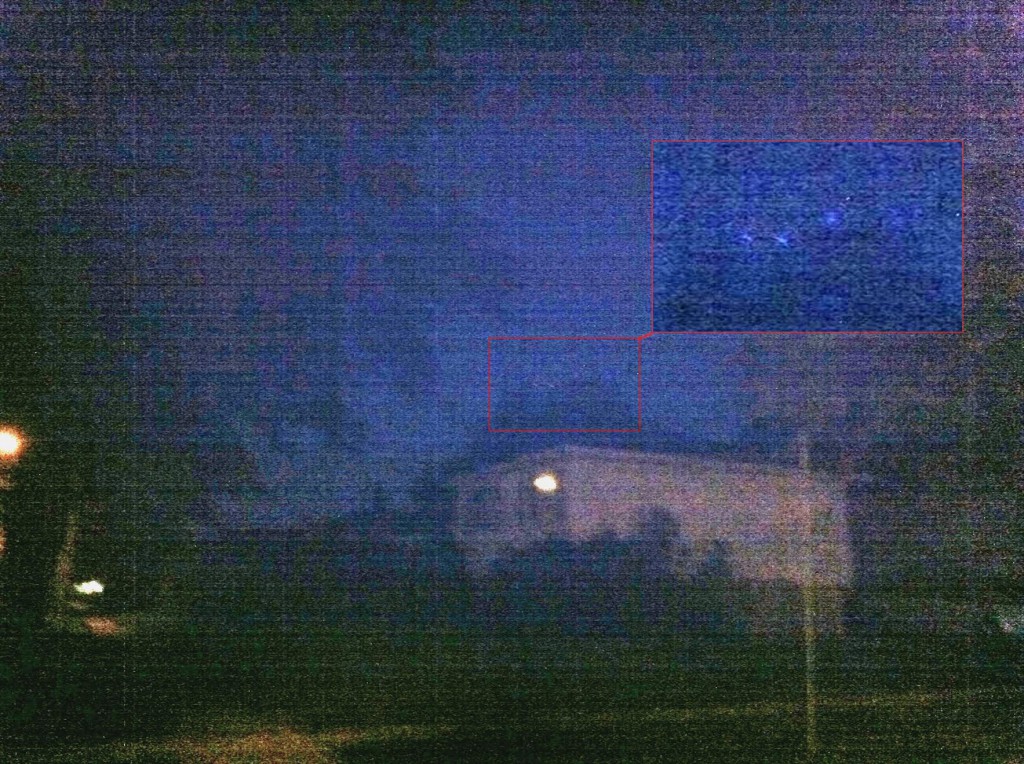 This photo was provided by the witness who stopped and used a cell phone to try and capture the large, V-shaped UFO. (Credit: MUFON)

The witness said the object was massive in size.

“I observed the distance and realized just how gigantic it was. I tried to then take pictures with my cell phone after pulling the car over. I then followed it to get more pictures.”

The witness included one photo and one illustration of the event with the MUFON report: Image 1, Illustration 1.

The object moved over a nearby tree line and was lost from view.

Burlington is a city located in Halton Region at the western end of Lake Ontario and is part of the Greater Toronto Area, population 175,779. MUFON Canada is investigating.