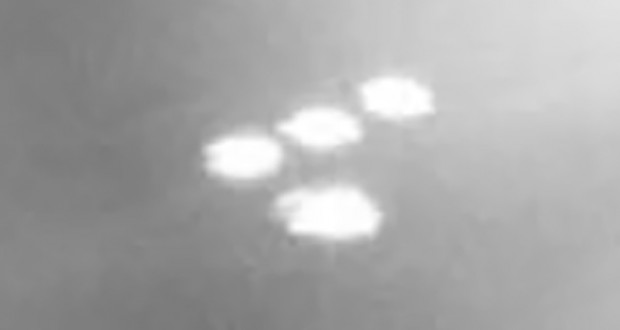 A California witness at Costa Mesa reported watching a silent object with four, round lights that appeared to be traveling low and fast across the sky 9:10 p.m. on December 14, 2014, according to testimony in Case 61992 from the Mutual UFO Network (MUFON) witness reporting database.

The witness was walking to his car when the object was seen between two airplanes.

“The object was traveling from east to west at a high rate of speed,” the witness stated. “It was four lights in a fixed triangle position pointing west and traveling west. No sound was observed and no contrails were observed.” 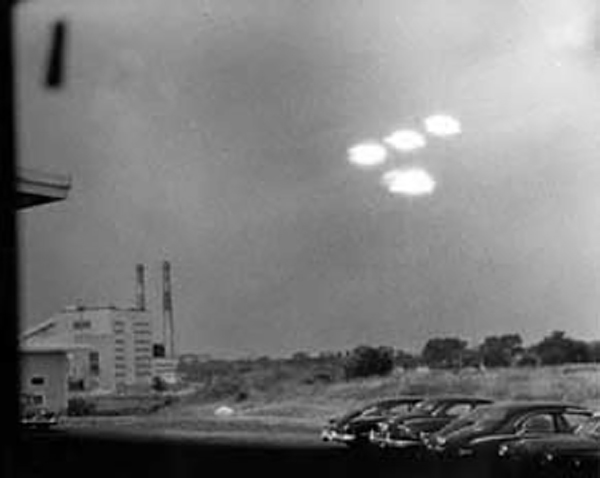 The witness attached this photo found on the Internet that matched what was seen in the sky on December 14, 2014. (Credit: MUFON)

“The lights were perfect circles and large lights. It could have been four individual objects but there seemed to be an object they were attached to that was almost translucent or clear. The object seemed high, but not too high, maybe 1,000-5,000 feet overhead. Seemed very large due to the size of the lights. Each light seemed to be as large as a whole airplane at that height and a solid soft white. The speed was very fast – 5-7 times faster than a plane traveling across the sky.” 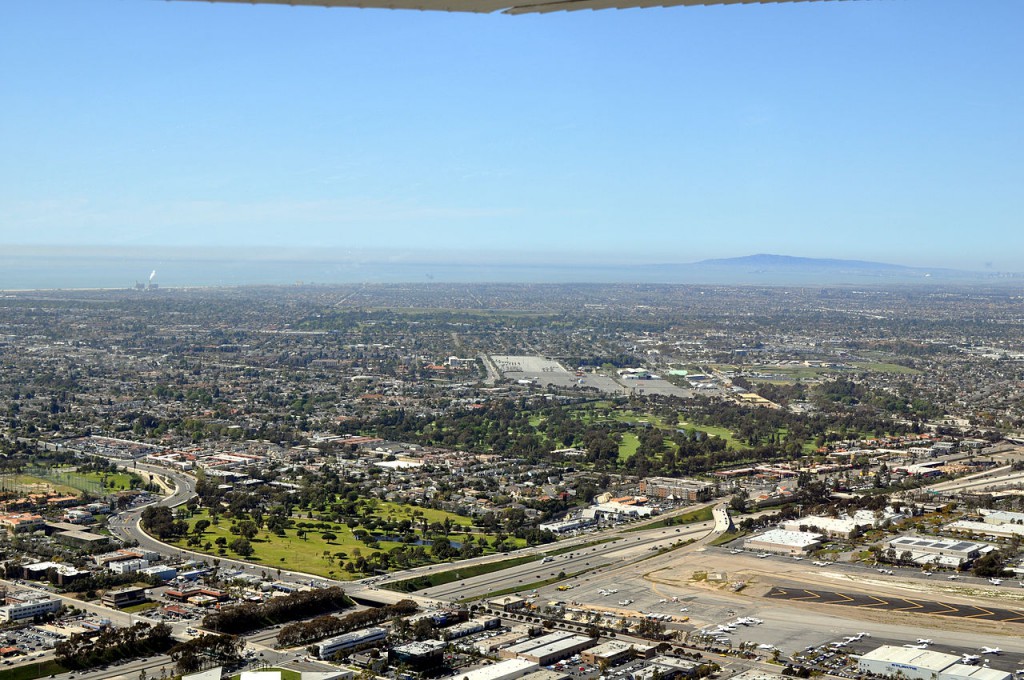 The object could have been easily missed.

“At first I almost looked right past the object due to its quiet nature and almost hologram appearance. I have no idea what this object was but it was unlike anything I have ever observed before. Attached is an image I found online. This is exactly what I saw – the exact shape.”

Costa Mesa is a city in Orange County, California, population 109,960. California has a current UFO Alert Rating of 5 with a low number of recent reports nationally. California had 44 UFO reports that occurred during November 2014 – calculated at 1.16 sightings per million population. 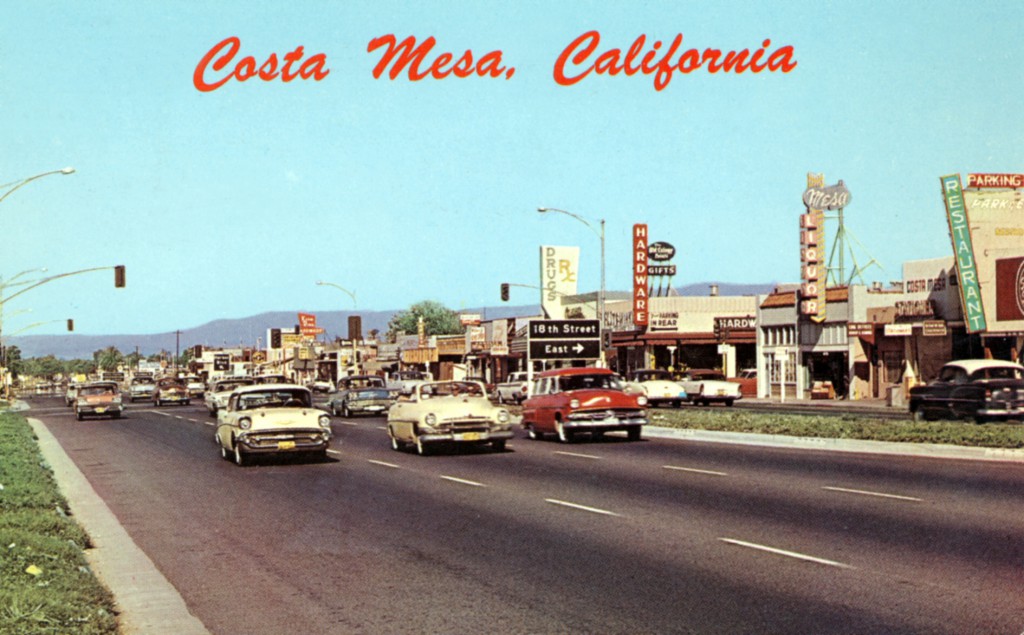 The witness believes the object was traveling too low and too fast for a known aircraft. Pictured: Newport Boulevard, Costa Mesa, CA, circa 1950. (Credit: Wikimedia Commons)