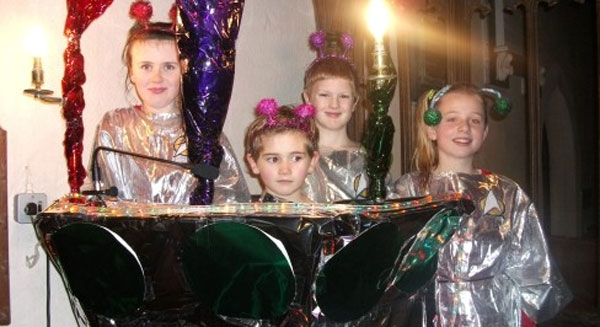 Christmas with the aliens

Children from the Burrington Primary School in North Somerset, England presented their Christmas nativity play last week at the Holy Trinity Church. But the nativity story presented by the students was not the traditional account. This production featured aliens. 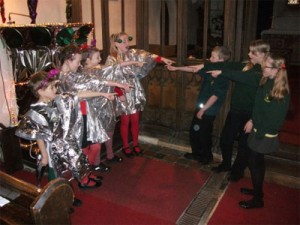 This year’s production was titled Christmas with the Aliens. Senior teacher Lully Newman described to the North Devon Journal that the play “tells the story of an alien encounter with the children of Burrington primary while they prepare for a more conventional nativity.”

Surprisingly, the Burrington Primary School’s Christmas play is not the only UK school play to incorporate aliens into the Christmas nativity story. The Christmas nativity play at the Minster School in York, England centered on extraterrestrial visitors who come to Earth to investigate the star of Christmas.

Although adding aliens to the Christmas nativity story is unorthodox, it is becoming increasingly the norm for UK schools to incorporate extraterrestrials into their curricula.