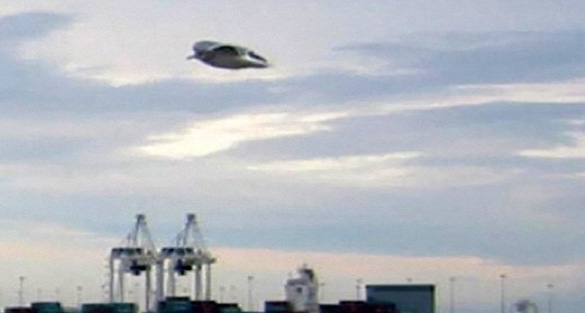 A contributor for a small paper in Alberta, Canada says last summer he and his son saw a large triangular object outside of their home in Red Deer. In his article, he also notes recent sightings throughout the world and first-hand accounts from others who have told them about their strange encounters.

Lasiuta says one evening last summer at about 7 pm, he and his son had just stepped out the back porch when his son said, “Look dad,” and pointed up in the sky. Lasiuta looked up and saw “a very large, very bright triangular object 10 degrees off the horizon moving upwards.”

He says it also had “three vertical bright tank-like attachments.”

They could not hear any sound as the object moved up rapidly though the clouds.

Lasiuta ran inside to get a camera, and says when returned, which he estimates was less than 20 seconds later, it had moved 15 degrees upward. It quickly continued to rise straight up. It moved too quickly for Lasiuta to get a picture.

Lasiuta says his son turned to him and said, “We’ve just seen a UFO.” 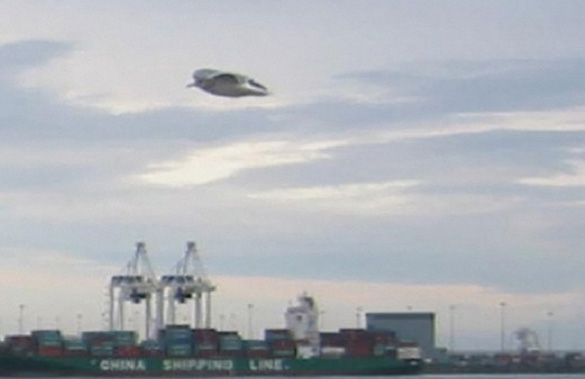 Apparently, Lasiuta agrees. He’s spoken with others who say they have seen UFOs. He says, “I have heard first-hand on sightings that have ranged from a ‘race’ with a craft in Saskatchewan, to a prominent professional who was within 100 feet of a ship.”

He also notes the many recent sightings that have been in the news. The closest being the video of an object shooting through the clouds in a news video from West Kelowna. Other recent sightings range from Chile to Paris.

He advises that people out looking for UFOs should take their camera everywhere and keep a journal. Because, according to Lasiuta, “We are not alone. It’s up to you to take the photo.”