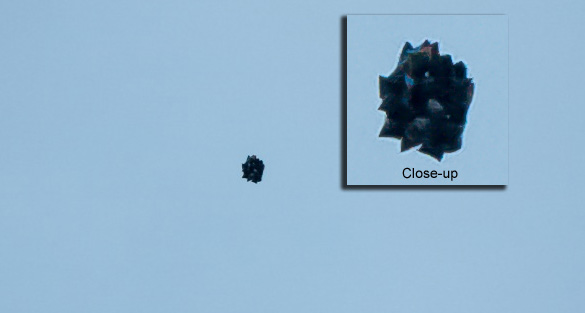 A UFO described as a big black blob was photographed over the town of Ellensburg, Washington on Tuesday. The witness says it “expanded and contracted like some kind of jagged, geometric puffer fish.”

Debbie Hulbert submitted the photo to the Daily Record, a local newspaper. Hulbert says she and her husband spotted the object at 4:30 pm. They say it hung in the air at about 1000 feet. The couple and their neighbors watched it for awhile trying to figure out what it was and took a few pictures. 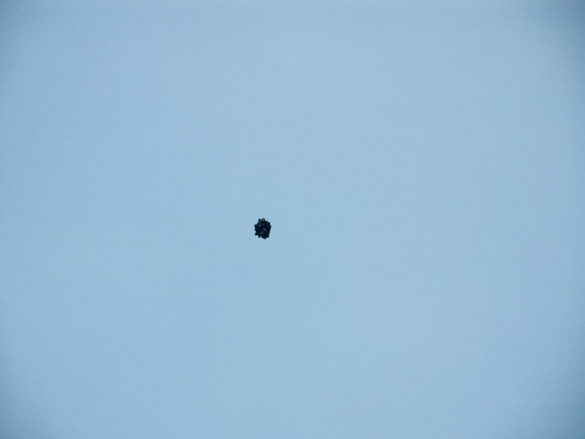 Hulbert told the Daily Record, “We’re all intensely curious. It was the strangest thing I’ve seen in a long time.”

The Daily Record sought the help of nearby Central Washington University’s departments of physics, chemistry, geography, aviation and science education to identify the object. No one was quite sure what was captured in the image. The only one who offered a comment was the physics department chair who said it might not have come from inside the surrounding Kittitas Valley.

The chief instructor at Midstate Aviation at the nearby Bowers Field said he had not heard of anyone mentioning spotting something strange in the sky that day.

The Daily Record had to take it upon themselves to solve the mystery. Upon closer examination of the photograph, they concluded the object was “balloons, trash bags somehow filled with helium or trash bags full of balloons were likely culprits.” 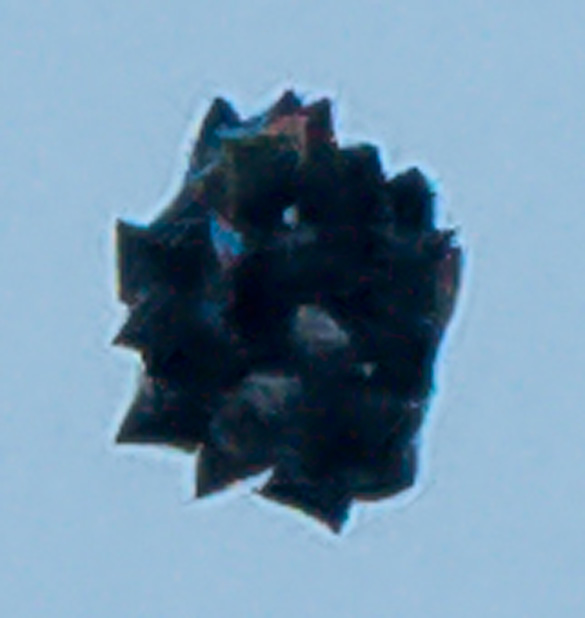 My colleague Jason McClellan agrees with their conclusion. I asked why someone would do that, and he said, “I would do it. Looks awesome!” He then went on to speculate, “…could have been an accident too. If some ceremony planned to release balloons, they could have had all the balloons in trash bags, but I guess it would have been weird to tie all the bags together, unless they were trying to keep the bags of balloons from flying away.  haha.  Fail!”

Daily Record readers have had a host of other ideas for what the object might be. A comment to the story on the Daily Record’s website says, “I’m going with a new Google delivery system.”

According to the Daily Record other suggestions have been, “space junk, the inflatable airbag landing system used by the Mars rovers, something related to Bigfoot, the Kryptonian crystals Superman used to build his Fortress of Solitude, or a novel drug trafficking technique.”