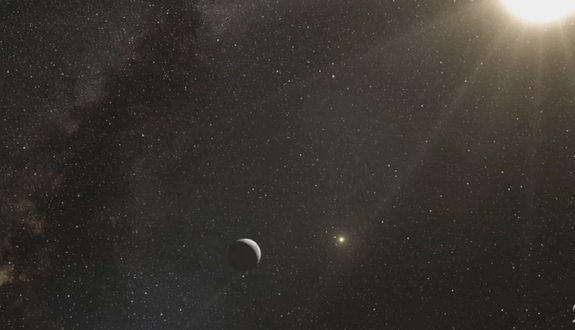 The likelihood of alien life on worlds circling Alpha Centauri B

Computer simulations suggest that there are likely twenty one planets in the Alpha Centauri B solar system, eleven of which fall into the habitable zone where the temperature on those planets should be just right for liquid water to exist. And new research suggests that some of these planets have a high potential for photosynthetic life. 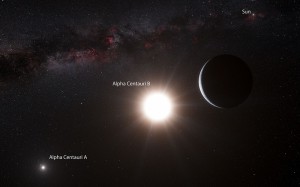 Universe Today explains that a research team led by Dr. Antolin Gonzalez of the Universidad Central de Las Villas in Cuba assessed potential for life using multiple measures including something called The Earth Similarity index. This is described as “a multi-parameter first assessment of Earth-likeness for extrasolar planets.” According to Gonzalez, this index “predicts (on a scale from zero to one with zero meaning no similarity and one being identical to Earth) how Earth-like a planet is based on its surface temperature, escape velocity, mean radius and bulk density.”

But Gonzales points out that the Earth Similarity index alone is not an objective measure of habitability because it assumes Earth is the only planet capable of supporting life. So the research team also used something called the P model (biological productivity), which considers a planet’s surface temperature and levels of carbon dioxide.

Universe Today explains that Gonzalez’s team found that “of the 11 computer-simulated planets in the habitable zone, five planets are prone for photosynthetic life.” Taking into account the Earth Similarity index values and the P model values, “two of them have better conditions than Earth for life.”

But keep in mind that these findings are highly theoretical, being that these planets don’t necessarily exist.

The team’s research was published in a paper in the Cuban journal Revista Cubana de Fisica.