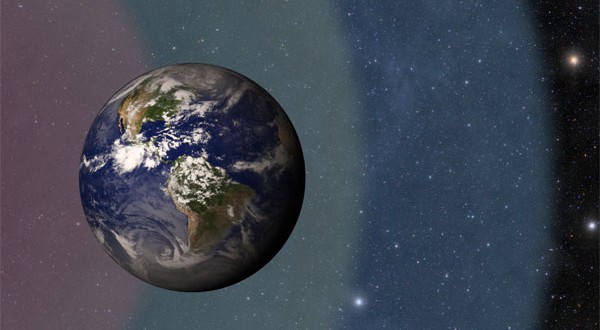 Alien life could be more widespread than previously thought

According to a new study, researchers believe that Earth-sized planets can support life at least ten times farther away from their host stars than previously thought.

Researchers from the University of Aberdeen and the University of St Andrews recently published a paper asserting that cold rocky planets previously considered inhospitable to life as we know it may actually be habitable beneath the surface. Phys.org explains that the team of researchers “created a computer model that estimates the temperature below the surface of a planet of a given size, at a given distance from its star.” 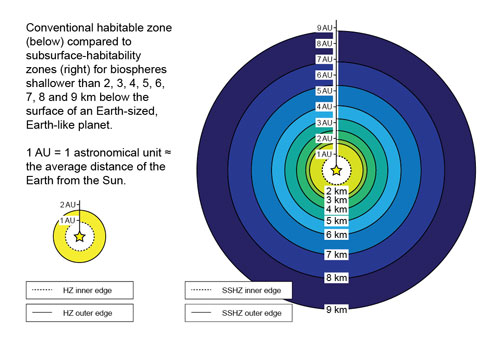 The abstract for the paper explains:

The habitable zone (HZ) is conventionally the thin shell of space around a star within which liquid water is thermally stable on the surface of an Earth-like planet (Kasting et al., 1993). However, life on Earth is not restricted to the surface and includes a “deep biosphere” reaching several km in depth. Similarly, subsurface liquid water maintained by internal planetary heat could potentially support life well outside conventional HZs. We introduce a new term,subsurface-habitability zone (SSHZ) to denote the range of distances from a star within which rocky planets are habitable at any depth below their surfaces up to a stipulated maximum, and show how SSHZs can be estimated from a model relating temperature, depth and orbital distance. We present results for Earth-like, Mars-like and selected extrasolar terrestrial planets, and conclude that SSHZs are several times wider and include many more planets than conventional surface-based habitable zones.

PhD student Sean McMahon, one of the team’s members, explains that “The deepest known life on Earth is 5.3 km below the surface, but there may well be life even 10 km deep in places on Earth that haven’t yet been drilled.” He continues, “Using our computer model we discovered that the habitable zone for an Earth-like planet orbiting a sun-like star is about three times bigger if we include the top five kilometres below the planet surface . . . If we go deeper, and consider the top 10 km below the Earth’s surface, then the habitable zone for an Earth-like planet is 14 times wider.” 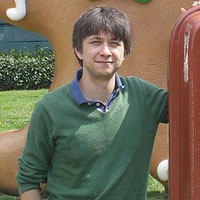 According to Phys.org, our solar system’s current habitable zone extends out as far as Mars, but taking subsurface habitability into account, “this re-drawn habitable zone would see the zone extend out further than Jupiter and Saturn.”

Hoping to encourage other researchers to expand their views on where life may exist, McMahon states, “The results suggest life may occur much more commonly deep within planets and moons than on their surfaces. This means it might be worth looking for signs of life outside conventional habitable zones. I hope people will study the ways in which life below the surface might reveal itself. Because it’s not unimaginable that there might be signs at the surface that life exists deep below.”

This is not the first time McMahon and his colleagues have proposed an expanded habitable zone. The team presented a new habitability model back in 2012, which took into account a planet’s potential for underground water, and, therefore life.

The team’s recent paper was published in the journal Planetary and Space Science.