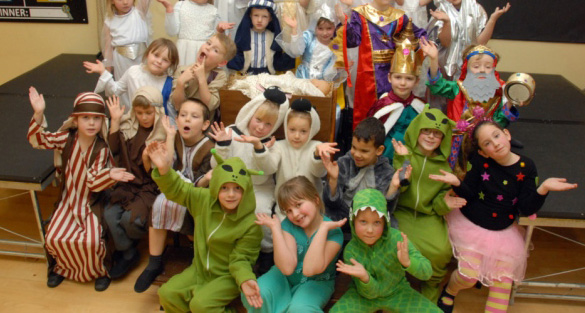 Last year we reported on a couple of UK elementary schools that had added aliens to their yearly Christmas nativity plays. The trend has apparently continued, and according to the UK news website Daily Mail Online, nearly half of UK schools have chosen to run an “updated nativity” that includes aliens, fairies, footballers, drunk spacemen and/or Elvis.

Children from the William Stukeley Primary School in Holbeach will be conducting “Christmas with the aliens” for the second year in a row. In the play, an alien spacecraft crashes to the earth during the holiday season. They are curious about what Christmas is and children explain it to them using song and dance. 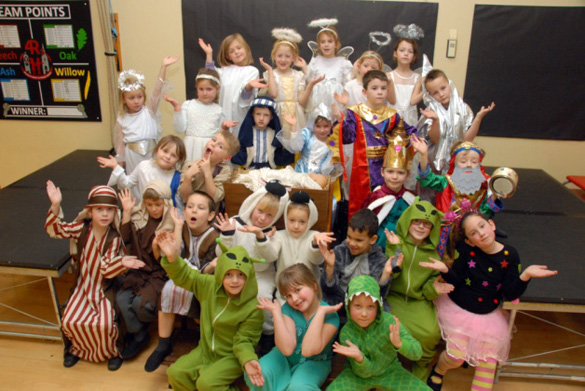 This is the same play that other schools performed last year. Although the aliens look different from school to school, the general theme seems to be the same. 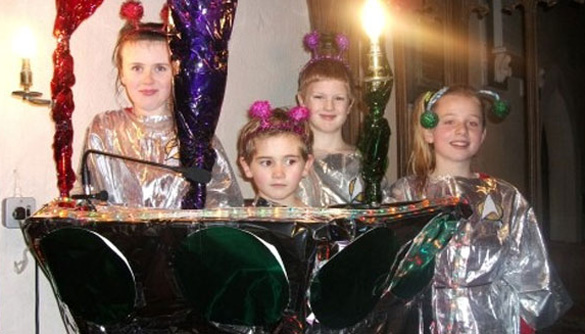 The recent story from Daily Mail Online sites a study on the changes nativity plays are undergoing. They say that only 32% of UK schools hold a traditional nativity play, while 47% opt for an “updated nativity.”

12% put on a play that avoids religious references altogether. 7% of schools don’t even use the words Christmas or nativity in their title. Instead, they use titles such as “Winter Celebration,” “Seasonal Play,” or “End of Year Concert.”

The survey was conducted by the parenting website Netmums. Parents in the survey were largely concerned with the changes, and most said they preferred a traditional nativity play.

While the UK is a diverse and multicultural society and it’s right children learn about all religions and cultures, many parents feel the traditional nativity is being pushed aside.

It seems wrong to bombard kids with commercial messages about presents and Santa without them realising the true meaning of the celebration.

Teachers have argued in the past that the addition of aliens into nativity plays is part of an effort to reengage the students, and to get them excited about education. 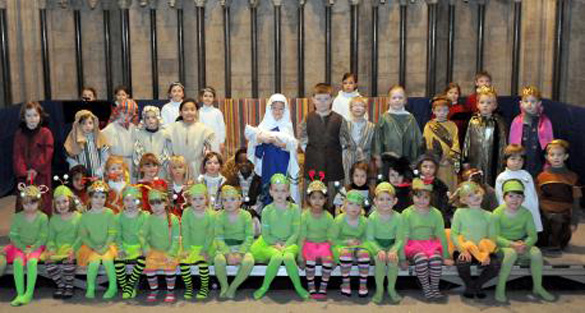 Students at Minster School in York performed a nativity in 2013 with aliens called the “light people.” (Credit: York Press)

Holiday plays are not the only school events that aliens have invaded in the UK. There has also been a trend towards staging UFO crashes and having the students investigate and write about their findings. Often these UFO crashed are staged with local law enforcement.