...the book deals with pilot UFO encounters, discussing in detail a total of 23 cases in which Unidentified Aerial Phenomena (UAP) was reported by pilots or air traffic control personnel. 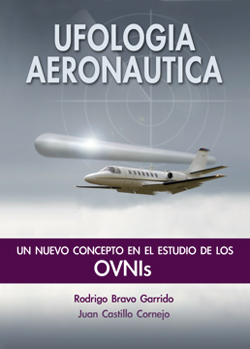 Rodrigo Bravo Garrido, a Captain and pilot for BAVE (Spanish acronym for Aviation Brigade of the Chilean Army) has just published a new book, Ufología Aeronáutica, with the subtitle of “A New Concept in UFO Studies.” As show by the title, the book deals with pilot UFO encounters, discussing in detail a total of 23 cases in which Unidentified Aerial Phenomena (UAP) was reported by pilots or air traffic control personnel. 11 cases occurred in Chile and 12 in other countries (Argentina, Australia, Belgium, Brazil, Colombia, France, Iran and USA). The book, coauthored with paleontologist Juan Castillo and published by Mago Editores, was released last Thursday November 4th at the Book Fair in Santiago.

Capt. Bravo is not an unknown figure in American or international ufology. He was one of many officials who talked at the famous National Press Club (NPC) event in Washington, DC in November of 2007, organized by filmmaker James Fox and journalist Leslie Kean. Bravo outlined a few aviation cases in Chile at this event, including a near-collision incident with a Boeing 737 airliner “on a final approach to the runway at the El Tepual Airport in Puerto Montt City” in 1988, and a radar-visual sighting in 2000. “The crew of a Chilean plane from the Aviation branch of the Army, flying south of Santiago,” stated Bravo at the NPC, “observed a long cigar-shaped object, a brilliant gray. It flew parallel to the right side of the aircraft for two minutes and then disappeared at a very high speed. This objet was detected by the radar of the Control Center of Santiago which notified the crew minutes before the incident.” 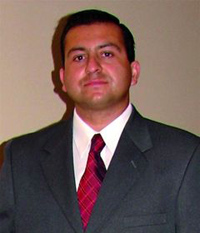 Capt. Bravo was also one of the nineteen contributors who wrote essays for Leslie Kean’s recent bestselling book, UFOs – Generals, Pilots, and Government Officials Go On the Record (Harmony Books), reviewed earlier in this website by this author. He is, in fact, the only one still in active service. What is interesting is that he became involved with UFOs as part of an official military assignment. In his essay for Kean’s book, “Aeronautics Research of the UFO Phenomenon and the Problem with Science,” Capt. Bravo wrote that “in 2000, at the age of twenty-four, I was training to become a military pilot. For my thesis, submitted the following year, I was assigned to pursue research into anomalous aerial phenomena in order to determine their affect and impact on aerospace security. The aviation branch of the Army of Chile, BAVE, had in its files many reports from military pilots describing incidents during flight involving aerial phenomena that did not correspond to normal air traffic. These incidents posed a potential threat to air safety.” Later in the essay, Bravo added that “after conducting this investigation, I concluded in my thesis that UFOs are physically real and their presence in our skies is concrete. However, difficulties arise when we try to study their behavior, because of the complexity of the phenomenon and because of our inability to predict UFO events.”

Bravo has now expanded his thesis into a full book, where he can analyze in detail 23 aeronautical cases and their implications to air flight security. He also criticizes the poor standards of many ufologists who tend to lump all UAPs “indiscriminately with the possibility of extraterrestrial life.” This can “detour” serious research and lead instead to the “explosive growth of new ideologies, movements, cults and others who take anomalous aerial phenomena even further away from its real context for reasons of financial gain.” During the release of his book at Santiago’s Book Fair, Bravo added that “the scientific community has avoided for decades dealing with this subject because those who investigate it don’t necessarily have sufficient knowledge to interpret the available data.” Although true in many cases, this statement is somewhat unfair since, given the reluctance by scientists and official institutions to get involved with UFO research, ufologists are simply filling a void—for better or worse. That was precisely the comment made by journalist and ufologist Juan Andrés Salfate at the Book Fair event. “The subject doesn’t have an owner, the worse that can happen is that it remains in the military and scientific field,” said Salfate. 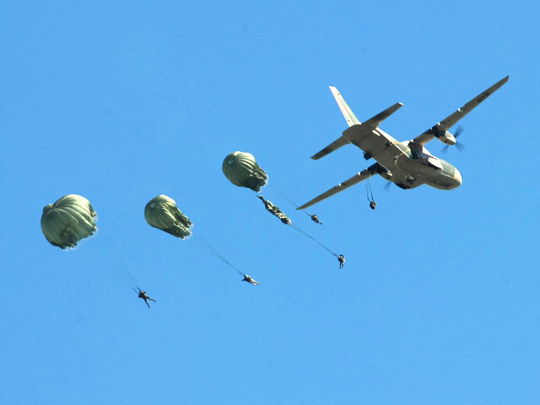 In an effort to improve the quality of the research, Capt. Bravo proposes in Ufología Aeronáutica an expanded terminology for pilots cases based on Dr. Hynek’s famous “Close Encounters” classification. These are:

Aerial Encounter of the First Kind, in which the pilot, the crew and the passengers, as well as ATC (Air Traffic Control) personnel only see an object or a light at a relative distance from the aircraft, which provokes alarm or discomfort to the crew or personnel in the control facility.

Aerial Encounter of the Second Kind, in which besides the elements cited above, the object or objects are detected by ground radar or aircraft radar.

Aerial Encounter of the Third Kind, in which besides the near or far presence of an object, it causes an interference with onboard [aircraft] instruments, which constitutes a danger for the normal flight operation of an aircraft.

Aerial Encounter of the Fourth Kind is that in which, following all the events cited above, an aircraft is obliged to make an evasive maneuver to avoid a collision with the object observed.

Aerial Encounter of the Fifth Kind would be that in which, following all the events cited above, a combat aircraft is obliged to have a military engagement with the object in question.

THE PUERTO MONTT NEAR COLLISION CASE 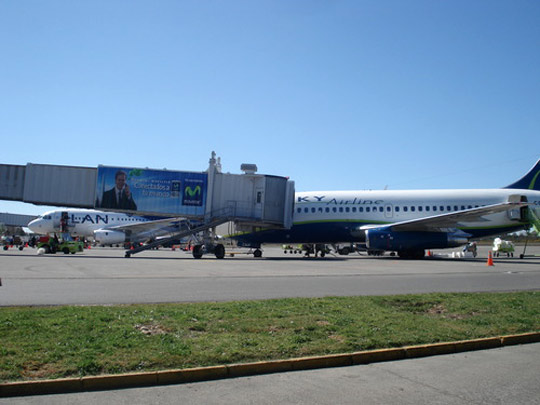 One of the Chilean cases discussed in Capt. Bravo’s book is a near-collision case between an airliner and a UFO in 1988 near the El Tepual airport in Puerto Montt, a city in southern Chile. This is an AE-IV according to Bravo’s new classification. The case was actually revealed many years ago in Información Aeronáutica, the official magazine of Chile’s General Administration of Civil Aeronautics (DGAC, the equivalent of our FAA). The report and transcript of the radio communications between the pilot and the control tower was written by Air Traffic Controller Gustavo Rodríguez Navarro, who later became Secretary of CEFAA, the Chilean government’s Committee for the Study of Anomalous Aerial Phenomena, which is under the DGAC. The incident in question occurred on June 1, 1988 as Chilean Air Lines (LAN) Boeing 737 flight 045 (La045) was approaching the El Tepual airport. Here is an excerpt of the radio transcript around midnight between La045 and ACC (Area Control Center):

La045: Puerto Montt Center, can you tell me if you have some traffic in front of you?

La045: Listen, I have an airplane, I have a light here in front, right on our flight path.

The controller looked out the window and saw indeed “a white light coming to the airport from the north.” He followed the light’s path for about 5 minutes and at one point was able to see the object closer: “This object came to about 1500 meters from my position, always to the north and that was the nearest I saw it… I could observe some flashes of light coming from the lower part, which lighted the lower part or base of the object; I had the impression that this lower part was flat and with a metallic aspect; I estimate that it was circular and with a diameter of about 60 meters.”

Meanwhile, the communication between La045 and ACC was becoming frantic. The pilot mentioned four times the words, “I had a near collision,” and the supervising controller at the Tower also saw the object with binoculars. Another sample from the transcript:

La045: Do you still have the traffic in sight, or not?

ACC: I am losing it and according to the… the radar is not detecting the traffic.

ACC: I am seeing it again.

Flight 045 landed in Puerto Montt without further disturbances. The pilot’s language on the tape was uninhibited, excited and with Chilean slang, like that of someone who has just lived an intense experience. The fact that the UFO was simultaneously observed by the crew and from the ground leaves little doubt that this was a real object. 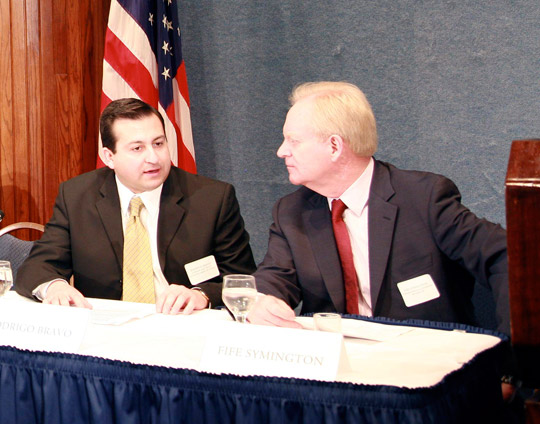 We are looking forward to read the other pilot cases discussed in Capt. Bravo’s book and hoping that this new worthwhile effort will shake up things a bit in aviation and scientific circles and lead to further research in this important area.

Rodrigo Bravo’s statement at the National Press Club 2007 event can be downloaded here.