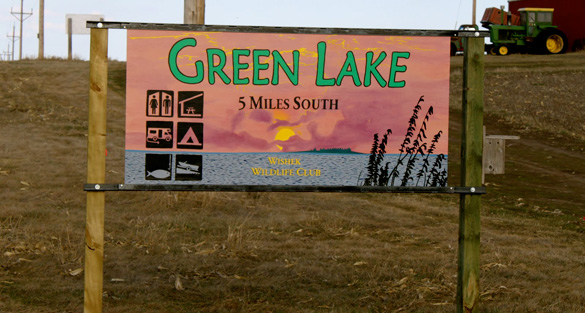 Writer and author Bill Vossler shared his story of an incredible UFO sighting he had during college with a friend in North Dakota. He says the craft hovered over Green Lake, before disappearing into the water. Vossler currently resides in Rockville near St. Cloud, Minnesota, and he shared his story on the website of the St. Cloud Times.

Here is his story: 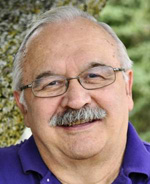 We fished in Green Lake for North Dakota’s versions of Minnesota trout, salmon and walleye — bullheads, perch and carp — never once dreaming that aliens also might like them. We gratefully ate the bullheads and perch fried in butter, the carp smoked.

The incident at the lake that summer after my junior year in college is burned in my memory.

Wayne, my eighth-grader brother, was peering into his telescope again. He said, “Billy, look at this! Look!”

So I looked into the lens. And saw a distant object hovering in the sky east of town. “Helicopter?” I guessed.

At my next look, the distant object turned, and I saw a kite-shaped object with flashing lights around its perimeter, different colors cascading along each edge — red, blue, yellow, green — with a thick tube hanging beneath it.

“Who owns a blimp around here?”

He could hardly stand still. “I think it’s a UFO!”

Just what I’d been thinking. UFOs had recently been in the news.

Wayne called friends and his science teacher, Mr. Douglas. When they showed, they looked and were as puzzled as the rest. “UFO?” one of the kids said.

I called my friend Doug. “Where is it?” he said.

Not exactly what I had in mind. But 10 minutes later, we were barreling east in his 1953 Studebaker into the deep rolling hills of glacial outwash sediment. I worried about being abducted; we’d heard stories about people who had and were never the same afterward.

By the time we turned onto the gravel road toward the water, the dot had grown to half-dollar-size, and was suspended about a 100 feet above Green Lake, which was about 3 miles long. The long silvery tube hung into the water. “What are they doing?” I said.

Seconds later, the flashing lights went solid, and the tube glinted as it tumbled into the lake. The UFO disappeared. One second it hovered over the water; the next the sky was empty.

“Holy mackerel,” Doug said. “Did you see that?”

Dumbfounded, I could only nod.

Over the years I’ve wondered what that UFO was doing. Was it carrying out reconnaissance? Checking the lake’s depth? Performing experiments? Testing for nutrients? Loading ballast or drinking water? Sucking up bullheads and perch and carp for a tasty interstellar meal?

Or something more nefarious, such as adding chemicals? Or alien fish to breed with ours?

Or something that has yet to play out in the future? The possibilities are endless.

“Nobody’s going to believe us,” I said. Doug nodded.

We don’t possess any blurry photos, videos, or evidence of the long silver tube — (did they dump it? Or did it accidentally come loose?), or any other evidence, except the memories of that strange object hovering above the lake.

I’ve never seen UFOs in Central Minnesota, or heard of them. But perhaps they’ve been here, tagging our fish or foxes. Who knows?

Perhaps the answer is in Shakespeare’s Hamlet saying, “There are more things in heaven and earth, Horatio, than are dreamt of in your philosophy.”