Witnesses terrified by UFO as they catch it on video

A couple in the town of Saint John in New Brunswick, Canada captured a strange light zipping around the sky on video. John Edwards says he and his girlfriend were terrified as the objected seemed to fly in close to their home and watch them.

The video was captured and posted to YouTube on the evening of October 20, 2014. Edwards told CBC News, “I think it was watching us at this point. It was terrifying. I was hiding behind the curtain.”

In the video (seen above) you can hear Edwards and his girlfriend watch the light buzzing over the city in excitement, that is until it moved closer to them and hovered a short distance away. 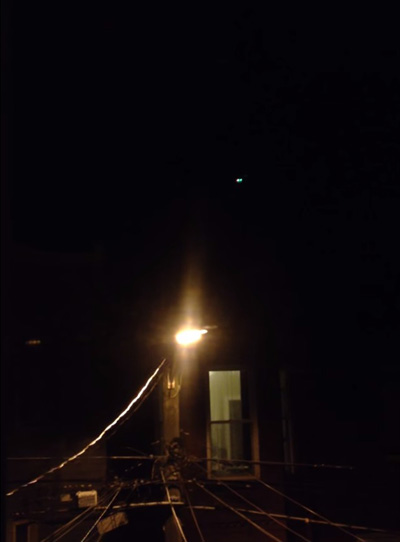 In the video you can hear Edward’s girlfriend say, “My heart is beating like a mile a minute.”

Then she tells Edwards, “By the way, that’s a UFO.”

Edwards told CBC News,  “I almost felt like whatever it was knew I was watching with my camera.”

He continued, “It was really a weird creepy feeling. but it circled around at that point and came all the way back and went across the street basically and watched us through the window.”

As the object hovered nearby, it suddenly disappeared. Edwards explained what happened next, “It disappeared down behind the houses as I was watching it, and at that point we got in the car and we drove and we went looking for it and we couldn’t find it. And we actually ended up driving all the way to the airport looking for it again.” 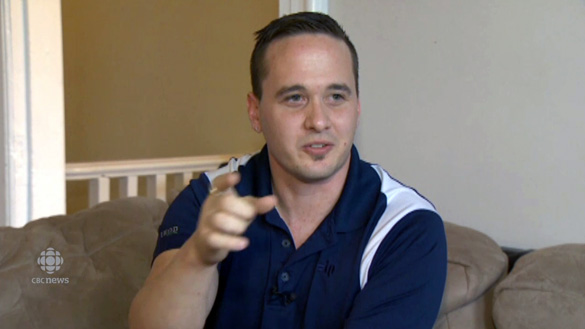 They never did find the object again, nor have they been able to figure out what they had caught on camera, but Edwards said it felt like an invasion of privacy.

CBC News say they “put in calls to the City of Saint John, the Saint John Airport and the Saint John Police Force, asking if anyone knew what the UFO was or who was responsible, but as of Thursday afternoon, had not gotten any answers.”

CBC News suggests the lights may have been a drone. Coincidentally, the day after Edward’s sighting, Transport Canada put in place new guidelines for drones. These include for hobbyist not to fly at night, and to avoid airports and populated areas.

Transport Minister Lisa Raitt warned, “When you fly an unmanned aircraft, and you put people’s safety at risk, it is against the law.”

In Canada, if you plan to fly a drone larger than 35 kilograms, you need a special permit. Transport Canada says last year they issued 945 permits, a 500 percent increase from 2011.