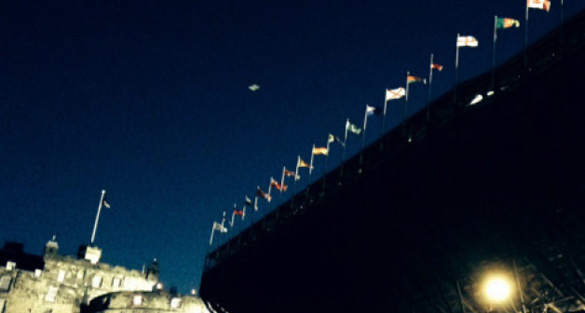 Tourists in line to watch the famous annual Edinburgh Military Tattoo at Edinburgh Castle spotted a strange glowing object in the skies. It hovered for awhile before disappearing. 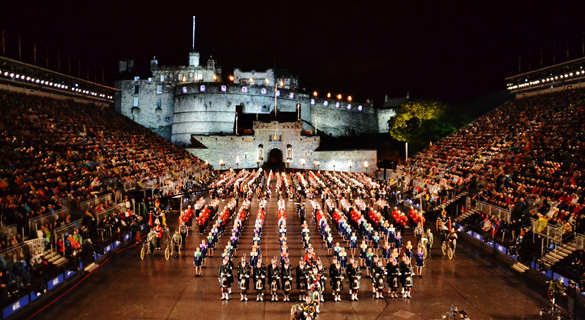 Military bands from around the world particpate in the Edinburgh Military Tattoo at Edinburgh Castle. (Credit: Moss Lufthavn Rygge)

Catherine Stuart and her mother were in line on Saturday night at about 10:30 pm when they spotted the object. She told the Edinburgh Evening News that at first they thought it was a bird, but she says, “It was very strange to see because when we looked at it again it didn’t look like a bird.”

Stuart continued, “It was hovering around and then it disappeared. It was a weird shape, like a square light. I have no idea what it was.”

She says the light disappeared soon after she took a picture of it. 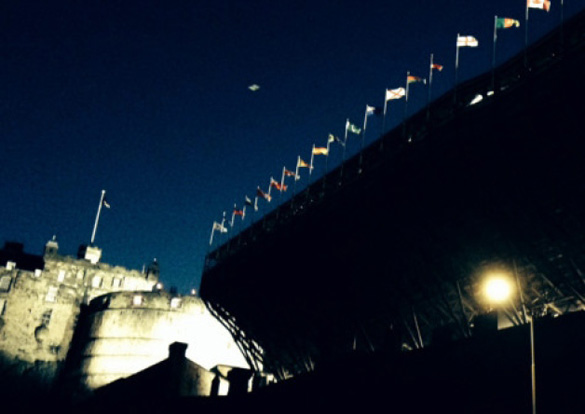 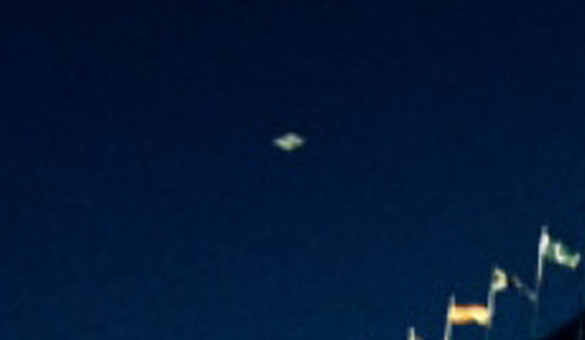 Close-up of the object in the UFO picture submitted to the Edinburgh Evening News. (Credit: Catherine Stuart)

The Edinburgh Evening News goes on to say that the most likely explanation for the object was the International Space Station (ISS), which has been doing passes over London. However, checking the satellite tracking site Heavens-Above, it does list the ISS passing over London, but at 9:34 pm and then again at 11:10 pm. Both times very low to the horizon.

The Edinburgh Evening News also suggests it could have been the ATV-5 cargo ship. However, it is in close proximity to the ISS and was seen at the same times as the ISS over London.

While the ISS is spectacular to view, and is often misidentified as a UFO, it moves at a steady pace across the sky. Stuart described something that hovered and then disappeared. She also said she looked away and then looked back later and it was still there.

There are also other possible prosaic answers for the lights, such as a remote controlled drone with LEDs. Still, from looking at the picture, I can see how Stuart would have been taken aback by the strange light over the majestic Edinburgh Castle.

Let us know what you think below.