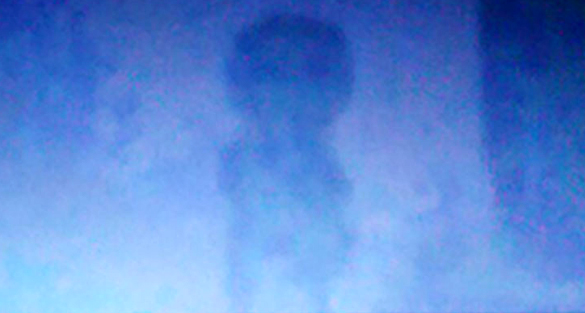 A Washington witness at Ellensburg is looking for an explanation after a friend snapped an image during a video chat that seems to show an odd figure in the background, according to testimony in Case 80268 from the Mutual UFO Network (MUFON) witness reporting database. 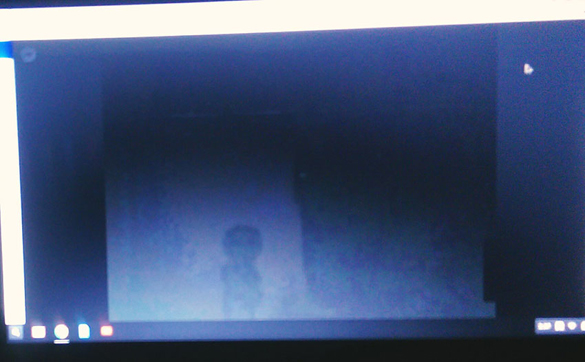 The witness stated that a friend took the photo June 17, 2016, during a video chat at a time the lights were out.

“My bathroom light was on, so I could see the computer,” the witness stated. “That is the light on the left. The widow and curtains are to the right. This ‘whatever’ had to be right behind me.”

The witness referenced strange things going on in the home at other times.

“I have experienced some odd things, waking up to an old table with a 50-pound marble top moved. loud bangs, seeing shadows. My daughter said she saw a tall man once in front of the fire place.”

The witness stated that a paranormal group investigated this image “and concluded that it was a gray.” 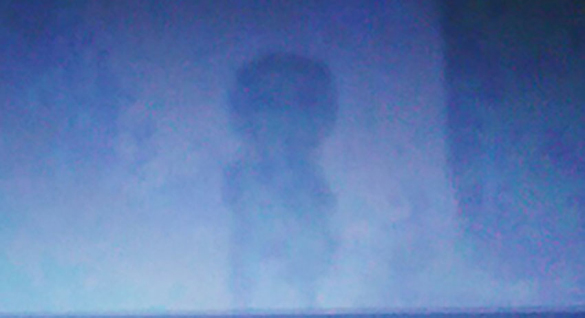 There has also been some UFO activity nearby recently.

“A roommate saw a couple of UFOs three days ago, sighted towards Mt. Rainer. Time I think around 11 p.m. Not quite sure. He was shaken up.”

“The witness reported nothing unusual happening during the time the photo was taken,” DeBee stated. “Most likely what we are dealing with here is pareidolia – a psychological phenomenon where the mind perceives a familiar pattern where none actually exists.”

The image quality is very poor and an investigation is difficult at best. 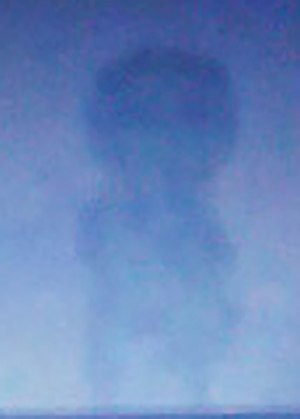 “It is merely a poor picture of a chat screen which is a transmission from another screen in another part of the country. The lady has had paranormal experiences in her home, which is located on property that was once a wagon trail, but has never really had anything to do with UFOs. I don’t think there’s much factual research that can be done on this one. Everything in the end would be conjecture.”

The witness uploaded one image with the report, which was filed on November 6, 2016. Ellensburg is a city in, and the county seat of, Kittitas County, Washington, population was 18,174. This case remains open today. Please remember that most UFO sightings can be explained as something natural or man-made. The above quotes were edited for clarity. Please report UFO activity to MUFON.com.