A North Carolina witness at Concord with a military background reported watching and photographing a triangle-shaped UFO with three white, pulsating lights, according to testimony from Case 66771 from the Mutual UFO Network (MUFON) witness reporting database. 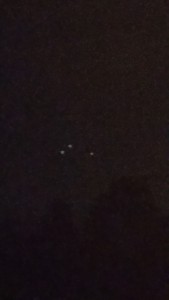 Witness photo of the object. Click to enlarge. (Credit: MUFON)

“I saw a triangle-shaped aircraft with three white, pulsating lights hovering – and then moving slowly northeast and then the lights went off and the craft disappeared.”

“I’m a former navy rescue, so I know all about aircraft warning lights and I’ve never seen anything like that in the military.”

The video shows what appears to be three white, blinking lights at three corners of the craft. The witness also provided one still shot of the object. The case was reported to MUFON on June 20, 2015, and was investigated by North Carolina MUFON Field Investigator Sanford Davis. The case was closed by Davis as an Unknown.

“Four day later, another triangle was spotted by two witnesses 50 miles away in Case # 66524,” Davis stated in his report.

Davis stated that the object in the video “looks military, perhaps some type of black project plane, a black triangle, a variation of the Astra, TR3B.” 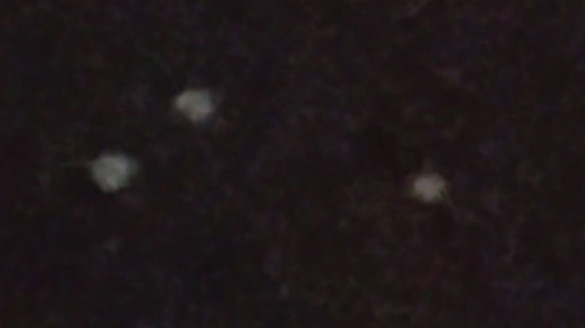 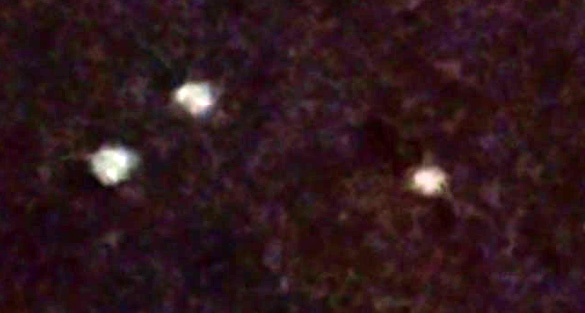 Adjusted contrast of cropped and enlarged version of the witness photo. (Credit: MUFON)

In Case 66524, a witness near Gastonia, NC, spotted a black triangle with blinking lights. The witness stated that the object traveled 150 miles in less than one minute. David also closed this case as an Unknown.

“In the last few months, there have been numerous sightings in and around the Charlotte area,” David stated. 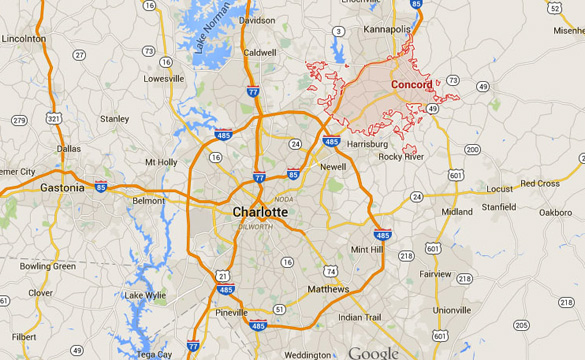 Concord is a city in North Carolina, population 79,066.