Home / Featured / Witness ‘UFO’ may have been base-controlled drone 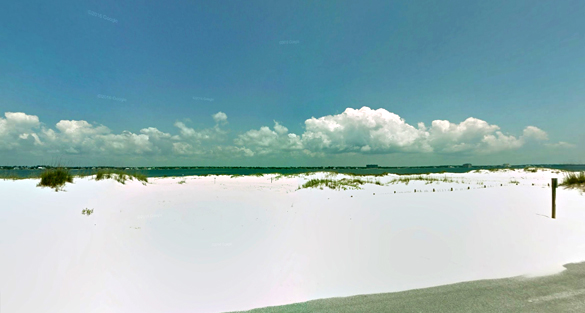 Witness ‘UFO’ may have been base-controlled drone

A Florida witness at Perdido Key reported watching a round craft with red lights moving while a ground-based search light followed it, according to testimony in Case 77923 from the Mutual UFO Network (MUFON) witness reporting database. 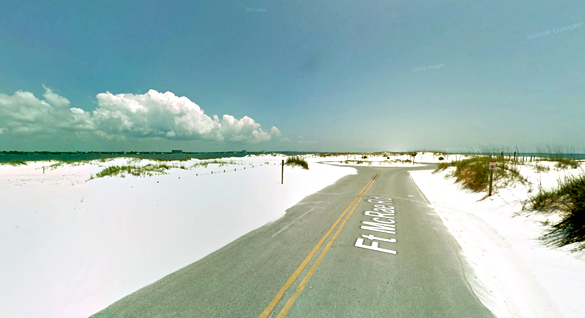 The witness described a round craft with red lights being followed by a ground-based search light on July 6, 2016. Pictured: Perdido Key, Florida, near the Pensacola Naval Air Station. (Credit: Google)

The witness was camping in this area on July 6, 2016, just a few miles from Pensacola Naval Air Station.

“Around 11:30p.m., I saw a round craft with red lights go out into the bay with search lights on the ground following it,” the witness stated.“It went to a spot 200-300 feet in the air, it hovered and then circled back to the airstrip. This happened 4-5 times. I had my binoculars and was only 2-3 miles from it.”

The witness was also able to see the object land.

“When it landed, from what I could see, it seemed a cloud of gas or fog surrounded the object. I got the feeling it was remote controlled because on one of the flights while hovering it bounced up and down while hovering like someone was having some fun with a joystick.” 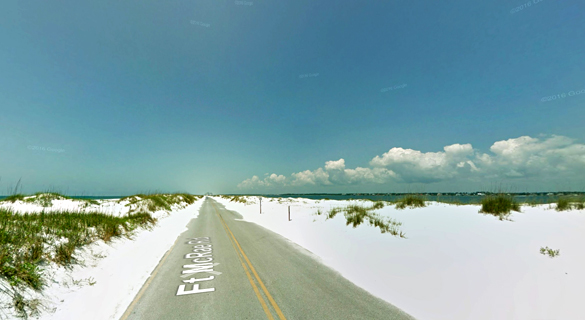 The witness watched the object land back at the air base. Pictured: Perdido Key, Florida, near the Pensacola Naval Air Station. (Credit: Google)

The witness may have been looking at a base-controlled drone.

“In summing it up; it took off, hovered at the same spot and returned to the area it took off from, which was the airbase, over the course of a half of an hour 4-5 times.”

Florida MUFON State Section Director George Williams and Field Investigator Bruce White are investigating. Please remember that most UFO sightings can be explained as something natural or man-made. The above quotes were edited for clarity. Please report UFO activity to MUFON.com.