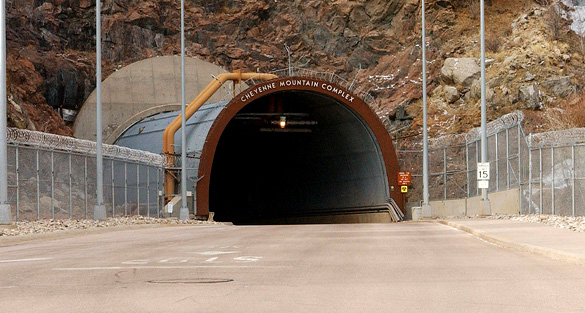 A Colorado witness at Colorado Springs reported watching a UFO with unusual lights flying straight toward the North American Aerospace Defense Command  (NORAD) about 9:30 p.m. on September 4, 2015, according to testimony in Case 70163 from the Mutual UFO Network (MUFON) witness reporting database. 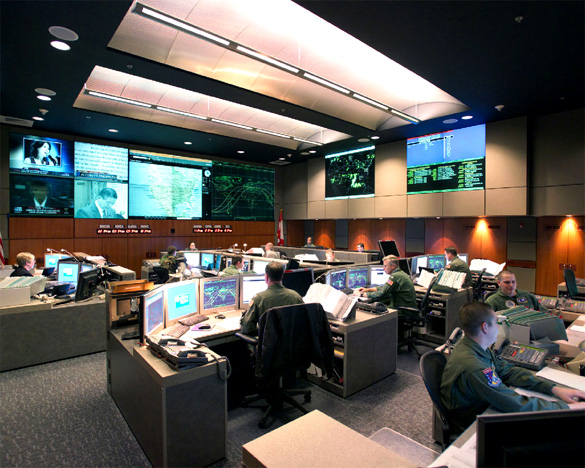 The witness and friends were sitting outside when the object was first seen.

“We all saw something with white, red, and purple lights flashing,” the witness stated. “It was low in the sky was traveling northeast to southwest.”

The group recognized where the object was heading.

“It flew straight towards NORAD – right over southern Colorado Springs and Fort Carson Army Base. The colored lights were not like anything I have ever seen on any type of aircraft.”

The witness stated there was unusual traffic in the sky too. 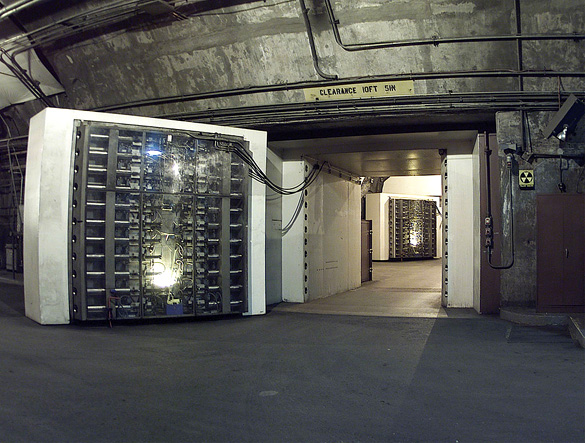 The 25-ton North blast door in the Cheyenne Mountain nuclear bunker is the main entrance to another blast door (background) beyond which the side tunnel branches into access tunnels to the main chambers. (Credit: Wikimedia Commons)

The witness believes others saw the object too.

The witness has never seen an object like this before.

“I have lived in the Colorado Springs area for many years and have seen lots of airplanes, helicopters and even seen drones or UAV’s, but this was different. Never seen these colors of lights. It flew in a straight line for a mile or two. When it got close to NORAD, the lights turned off and we could no longer see it. The airplane seen after it was way lower than any other plane I have seen in the area.”

The North American Aerospace Defense Command (NORAD) is a combined organization of the United States and Canada that provides aerospace warning, air sovereignty, and defense for Northern America. Headquarters for NORAD and the NORAD/United States Northern Command (USNORTHCOM) center are located at Peterson Air Force Base in El Paso County, near Colorado Springs, Colorado. The nearby Cheyenne Mountain nuclear bunker has the Alternate Command Center. The NORAD commander and deputy commander (CINCNORAD) are, respectively, a United States four-star general or equivalent and a Canadian three-star general or equivalent. 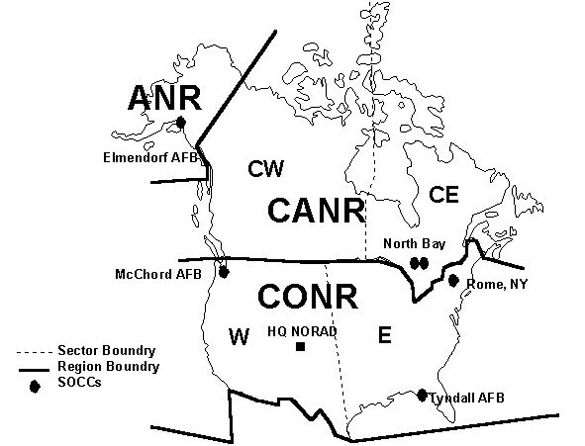 No images or videos were included with the September 5, 2015, report. MUFON Colorado is investigating. Please remember that most UFO sightings can be explained as something natural or man-made. The above quotes were edited for clarity. Please report UFO activity to MUFON.com.