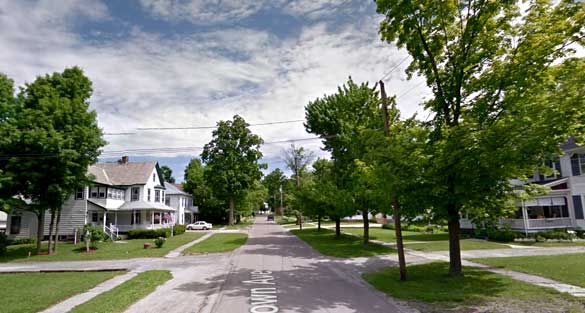 A Vermont witness at St. Albans reported watching an object hover alongside her second-floor balcony that could not be identified, according to testimony in Case 79413 from the Mutual UFO Network (MUFON) witness reporting database. 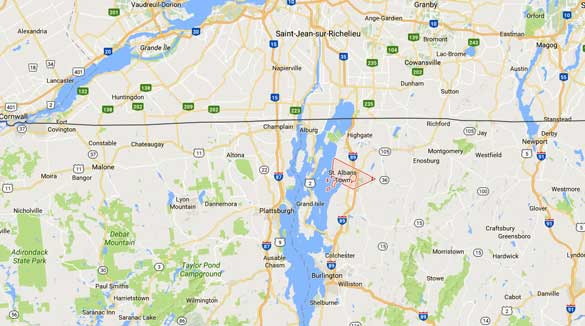 “I was at home with my 9-year-old daughter and my husband,” the witness stated.“My husband was in the shower and did not witness any of this event. I was in the kitchen getting dinner ready, and my daughter was in the living room watching TV. The living room has a sliding glass door that opens to our second floor balcony.”

The witness first heard a noise outside.

“It sounded like there were a couple of motorcycles, maybe across the road in the sports complex’s parking lot, that were revving their engines or something. It was kind of loud, and a little disruptive, but I didn’t pay too much attention to it, since there is a fair amount of traffic where we live. After a couple of minutes, my daughter said to me, ‘Hey, Mom, it’s a helicopter.’ I said, ‘Oh yeah?’ I really wasn’t interested in stopping what I was doing to look at a helicopter, but I did to make her happy.”

The witness went to see what her daughter was looking at.

“You can imagine my surprise when I went into the living room to look out the sliding glass door to see a helicopter in the sky, but instead saw an object hovering literally right next to the left corner post of our balcony. The object could not have been any more than 10 feet away from us, maximum.”

“I became quite alarmed and gruffly told my daughter to get inside and away from the glass. I looked back over at the object, which continued to hover momentarily. It was solid black in the front. It could not have had any propellers on it because the object was so close that the propellers would have been striking the building. Also, I did not feel any wind or breeze coming from the direction of the object. The glass door was open to my balcony, so I would have felt something coming through the screen. My hair did not even move.” 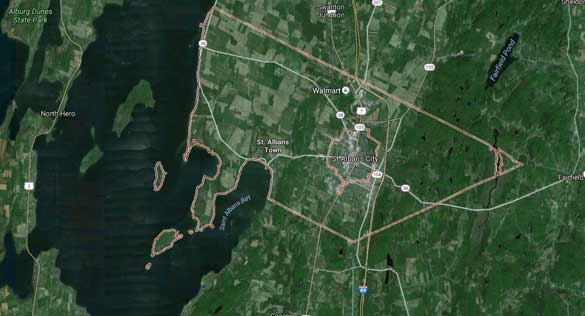 The object hovered momentarily before lifting off straight up into the air. (Credit: Google)

The witness then had a second look at the object.

“After telling my daughter to move away, and then turning to look back at the object, it went from a hovering position, to a straight up vertical ascent, extremely fast. In this position the object had an egg-shaped front, with a long thin part extending toward the back, connected at the back, top part, maybe eight feet long? Not sure. The extension part looked like it had some red color on it. The object ascended straight up, and then started to turn like it was going to go upside down.”

“I became concerned that it was going to crash on the ground. Then a light army green-colored helicopter (a real one) was traveling over our building coming from the south and headed north. As the green helicopter went over-head, the black and red object vanished. Literally. My daughter also saw the object ascend, since she had only moved away from the window, and did not go where I had wanted her to. “

“Later, my daughter shared with me that she had seen the object arrive, starting at the east end of our balcony and stopping at the west end of it. Initially, I was pretty confused by what I had seen, and thought the object was a helicopter, as my daughter had thought. It all happened so unexpectedly and quickly.”

The witness noticed other odd occurrences.

“Also, I felt like my brain wasn’t really processing my observations like it normally would. Almost felt like I was a little bit ‘trance-like,’ which I think is why it took me a few days to sort out what I actually saw, backed up by my daughter’s observations, and come to terms with what happened. However, looking at all of the facts, there is no way the object could have been a helicopter.”

The daughter experienced problems after the incident.

“The next morning after the sighting of the object, my daughter woke in her bed with a bleeding nose. Also, she was very distressed, angry, agitated, and physically aggressive. She was one and-a-half hours late for school because I could not get her to calm down.” 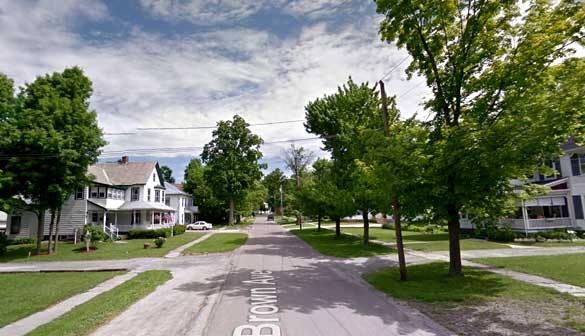 The witness explained her own feelings.

“My reactions and feeling were: Initially fear and concern. Why was someone in a helicopter hovering next to our balcony? Were we in danger? Then somewhat a feeling of awe watching it ascend so quickly, and also from what it looked like. Then concern again that it was making unsafe maneuvers and might crash. Then extreme confusion. Initially, it seemed like the object had turned into the green helicopter heading north. But, really it just vanished, as the helicopter was going over. I have to say, this has been an unsettling experience.”

The witness reports strange experiences locally from the past as well.

“The event happened after a series of sightings of strange lights, farther away, one of which had been on the ground across the road from us a few weeks prior. I am concerned that we could be confronted again. I just don’t know what to expect at this point. Trying to not dwell on it and focus on the blessings of each day. But, experiencing a lot of anxiety and stress, to be quite honest. Also, maybe a little curious, too.”

St. Albans is a town in Franklin County, Vermont, population 5,999. MUFON Vermont State Director Ken Pfeifer is investigating. Please remember that most UFO sightings can be explained as something natural or man-made. The above quotes were edited for clarity. Please report UFO activity to MUFON.com.