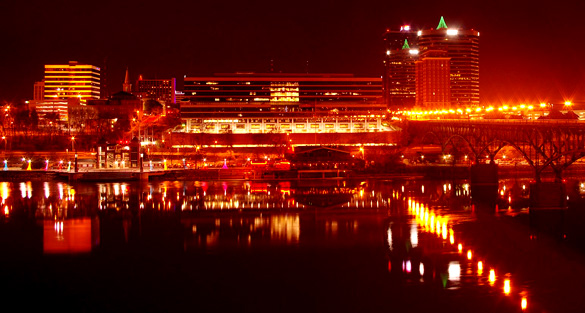 A Tennessee witness at Knoxville reported watching triangle UFO where each of its three sides was “over a mile long,” according to testimony in Case 76678 from the Mutual UFO Network (MUFON) witness reporting database. 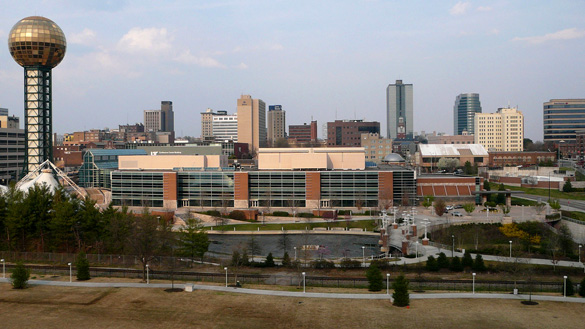 “My dad had gone out to get a briefcase out of the car, and he looked up and saw them,” the witness stated.“Then called me outside.”

The witness was not sure what he was looking at.

“Unidentifiable of course. It was a very large triangle. You could see three lights which was how we identified it. Each side looked to be over a mile long at the least. You could see a slight outline that was a bit lighter in color than the night sky.” 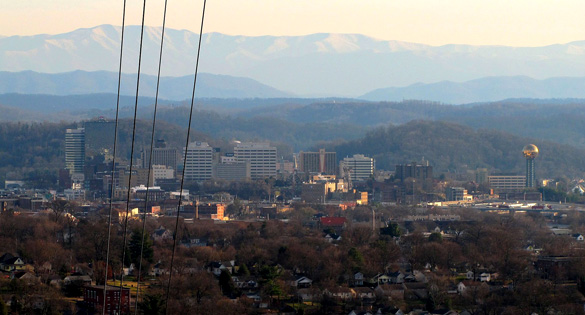 The object hovered in place for several minutes while the witness and his father watched. Knoxville, TN. (Credit: Wikimedia Commons)

The witness described how the object was moving.

“It was moving in a straight line, and then took a slow turn to head northeast. It was flying too perfectly synchronized to be planes or helicopters. Also, there were no blinking lights.”

The witness got excited and went back inside in search of a camera.

“I ran to get the closest thing, which was my camcorder. I was not able to get a video though. If the picture is too dark it cannot take a video. I was amazed because I am a strong believer in aliens, so I never thought I would have an actual sighting. So I was excited and slightly scared at the time.”

The object moved slowly away until it was out of view. Pictured: Downtown Knoxville, viewed from the south waterfront. (Credit: Wikimedia Commons)

“At first the object went behind a tree, but then moved out from behind the tree where we watched it for several minutes before it suddenly started a slow turn away from us.”

The incident is under investigation by Tennessee MUFON.

Knoxville is the county seat of Knox County, TN, population 183,270. Please remember that most UFO sightings can be explained as something natural or man-made. The above quotes were edited for clarity. Please report UFO activity to MUFON.com.