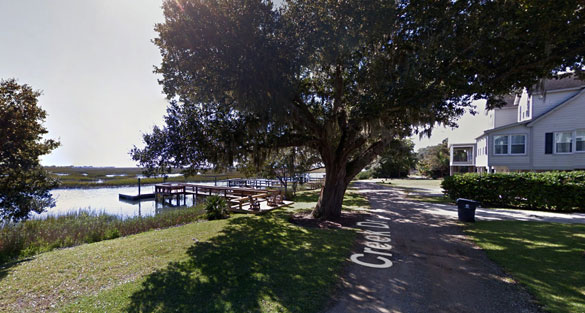 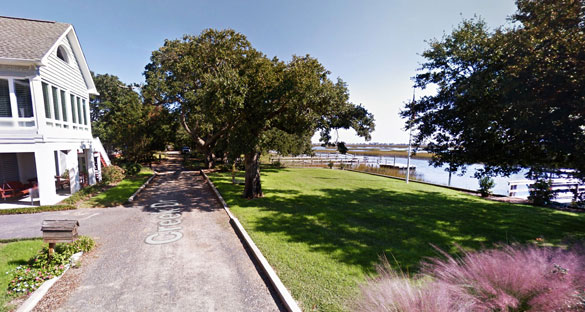 “The stars were out but it was a new moon and quite dark,” the witness stated. “Right at 9 p.m. I went out front to run an errand and noticed three sets of lights approaching very slowly from the southwest. Something looked strange as the objects were very low, in close formation and were completely silent.”

The witness wondered if she was looking at a military exercise, but noticed there was no engine noise and no strobe lights on the wing tips.

“I also noticed something else that got my attention: The neighborhood was unusually quiet – no barking dogs, vehicle noise or movement of any kind. It was as if time was standing still, almost surreal. As the objects passed directly over my front yard I realized I was seeing a set of three identical, black triangles flying in an offset pattern.” 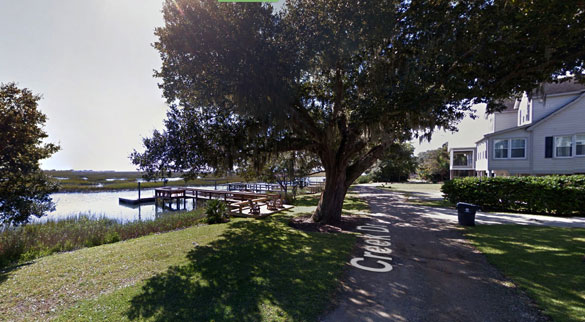 The witness said the triangles were a flattened shape with the wingspan about double the length of the distance from the nose to the rear and were about the size of small aircraft without the tails. Pictured: Murrells Inlet, SC. (Credit: Google Maps)

“Each craft had an oversized, round, red, stationary light just inside the front point (at least the size of a basketball), a smaller green light on the right wing tip and a white light on the left (the size of tennis balls). The green and white lights blinked alternately off and on in a steady pattern but were not strobing.”

The witness noticed additional details to body of the objects.

“The triangles were a flattened shape with the wingspan about double the length of the distance from the nose to the rear and were about the size of small aircraft without the tails. I could not make out any detail on the surfaces.”

The witness attempted to take photos of the objects.

“I snapped several photos from my cell phone as they glided overhead. To my later surprise and disappointment, I got no images as if my camera had been blacked out. I then jumped in my vehicle and followed the formation along Highway 17 for another four to five minutes toward Myrtle Beach until it eventually went out of view. The objects seemed to maintain the low altitude and slow speed in a straight southwest to northeast direction along the coast.” 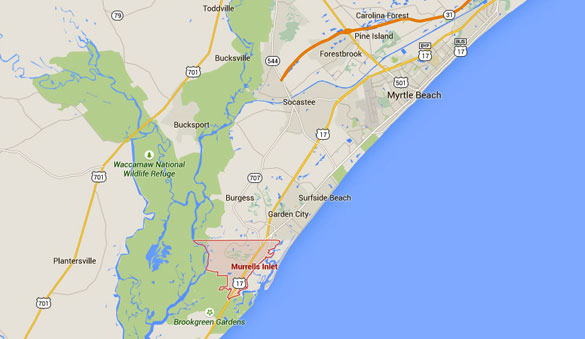 The witness feels that she was somehow prompted to go outside at that exact time and have the experience.

“The experience, although quite awesome and exciting, has left me unsettled. I did not plan to run an errand at 9 that night, but suddenly had a wild idea to go out for a late dessert, which I have never done before. I felt I was prompted to be standing out front just as the triangles appeared, as if they expected me. The timing was too perfect.”

Murrells Inlet is a seaside town and census-designated place in Georgetown County, South Carolina, population 8,574. Please remember that most UFO sighting can be explained as something natural or man-made. The above quotes were edited for clarity. Please report UFO activity to MUFON.com.