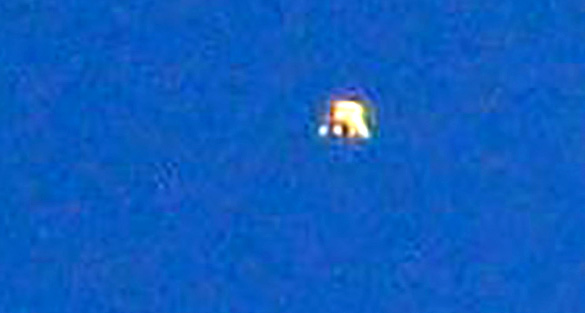 A California witness at Grass Valley reported watching and photographing a sphere-shaped UFO that seemed to change shape during a seven-minute sighting, according to testimony in Case 76704 from the Mutual UFO Network (MUFON) witness reporting database. 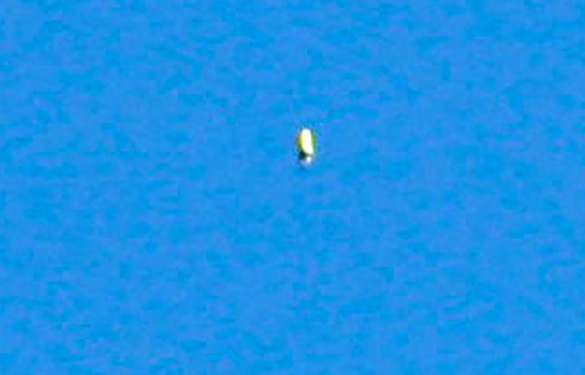 “Just by pure chance I looked up and noticed a tiny dot high in the sky,” the witness stated.“At first I thought it was a planet, but after observing I realized it was slowly moving from left to right (east to south) in a slight upward angle. It was moving much too fast to be a planet and much too slow to be a satellite.”

The witness called out to his roommate, asking for a camera.

“Once I was able to show him the anomaly, he was able to get five pictures. The object stopped moving from left to right and began moving straight up until it crossed a very high altitude transparent cloud. Once it was in the area of the cloud it slowly faded from sight. The entire event lasted about 7 minutes.” 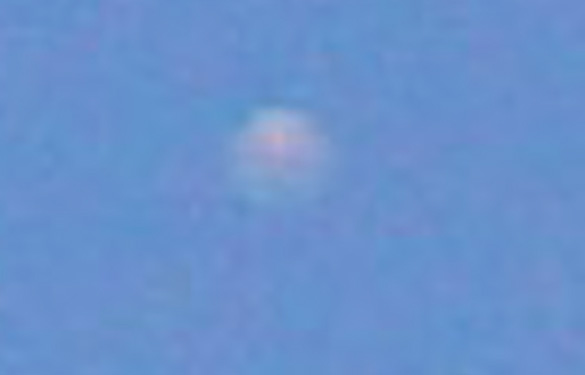 The witness stated that he was aware that the ISS was to do a flyover in his area – but the scheduled event was not to take place until 9:35 p.m., two hours after the observed event.

“It was an hour before sunset, so the sun was low to the west. To the naked eye the object appeared spherical and brighter on the side of the sun. Occasionally the object would dim. At no time did it look self-luminous, nor did it twinkle. I would say that it looked reflective, then less reflective, then reflective again, but with no apparent pattern.” 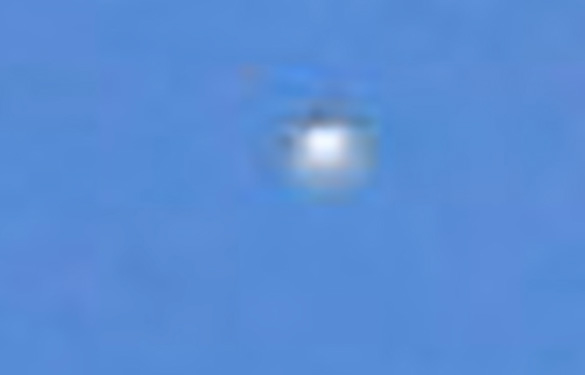 The two attempted to analyze the images.

“My roommate downloaded the photographs to his laptop, opened them in an image viewer and zoomed in up to 800 percent. Of the five photographs, we had images of very different objects even though they were all the same object. One image appeared as a fuzzy sphere, one a metallic sphere,one very fuzzy but with two points of reflection, one oblong and orange with what looks like a silver sphere at the bottom and, lastly, one that looked like an orange gold bell with a number of reflective spheres at its base. No two images are alike, yet all are of the same object only moments apart.” 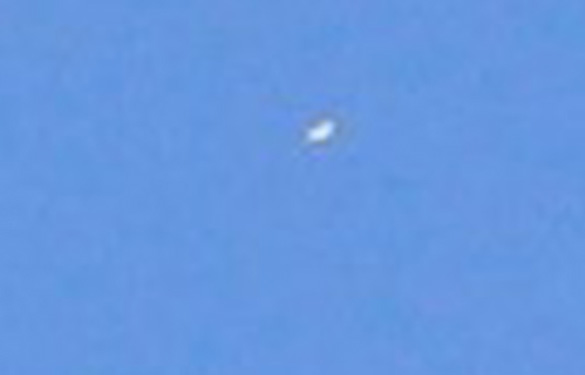 Other attempts at photo analysis were not successful.

“One final note, Beale Air Force Base is about 30 miles west of where I live.” 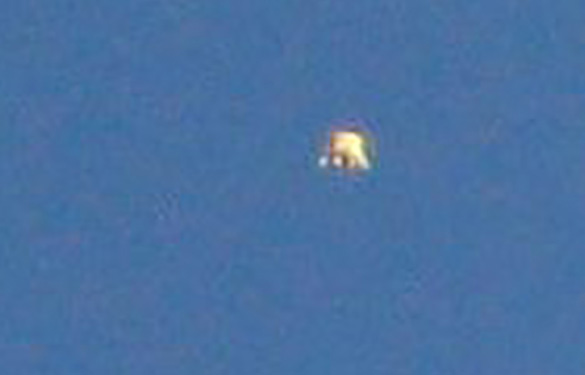 Grass Valley is in Nevada County, California, population 12,860. Please remember that most UFO sightings can be explained as something natural or man-made. The above quotes were edited for clarity. Please report UFO activity to MUFON.com.