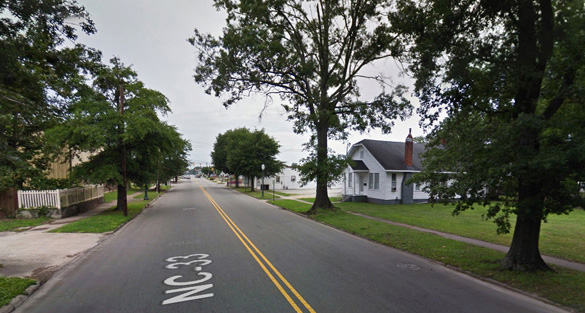 A North Carolina witness at Tarboro reported multiple sightings of a silent, capsule-shaped object that appeared and disappeared at the tree top level, according to June 6, 2014, testimony in Case 56881 from the Mutual UFO Network (MUFON) witness reporting database.

“The silver, capsule shape looked to be smaller than a bus, just stayed over the trees for seconds and disappeared while I was watching it,” the witness stated. “No noise.” 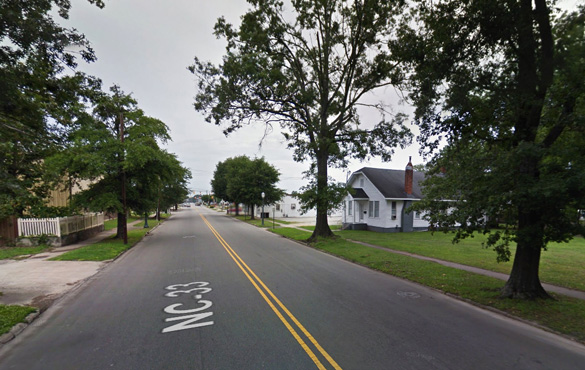 The witness has seen the same object three times within a one-mile radius during February 2014. Pictured: Street scene in Tarboro, NC. (Credit: Google)

The witness was driving about 1 p.m. in February 2014 when the object was first seen. The exact date was not indicated in the MUFON report.

“I stopped to look at it. I saw the same object three times in February within a two-week period. All three sightings were in approximately a one square mile area.”

“It did not ascend or descend. It just disappeared. It was shiny like a piece of aluminum foil and had no windows or doors – just solid and shiny.” 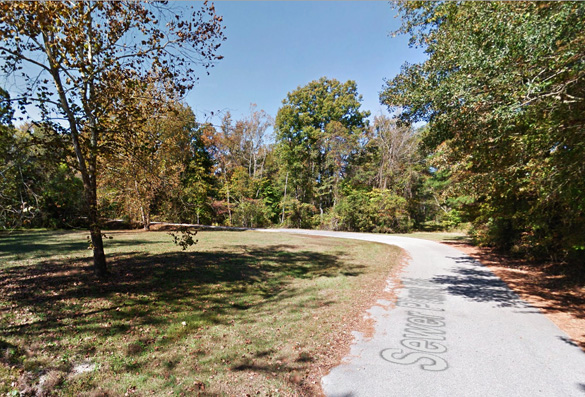 The witness never saw the object move into place or move away. The capsule-shaped object seemed to appear and disappear as a hovering craft. Pictured: Street scene in Tarboro, NC. (Credit: Google)

The object was seen in the Tarboro, NC area. The town is approximately 72 miles from Raleigh, the state capital, and 25 miles from Greenville. (Credit: Google)