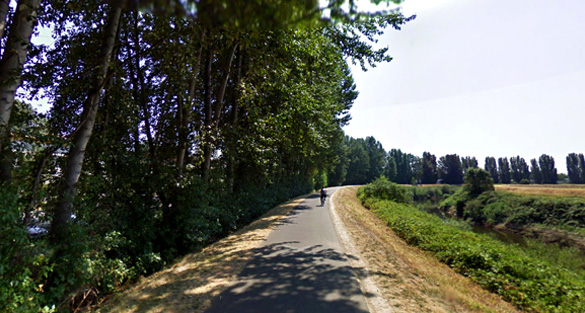 A Washington witness at Kent reported watching a “large object with a bright white light at each end” crossing the sky silently, according to testimony in Case 68485 from the Mutual UFO Network (MUFON) witness reporting database. 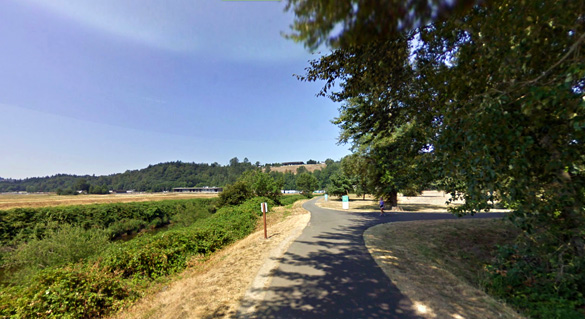 The witness watched a silent object moving overhead that could not be identified. Pictured: Kent, Washington. (Credit: Google Maps)

“I am unsure of the actual shape of the object since it was dark outside, but the bright white, circular light did appear at each end as if there were one light following directly behind the other at the exact same speed,” the witness stated.

“I am very familiar with what aircraft look like at night on approach to either airport since they pass directly overhead, and this object was not an aircraft and it made no sound.”

The witness asked his wife to step outside and look at the object. 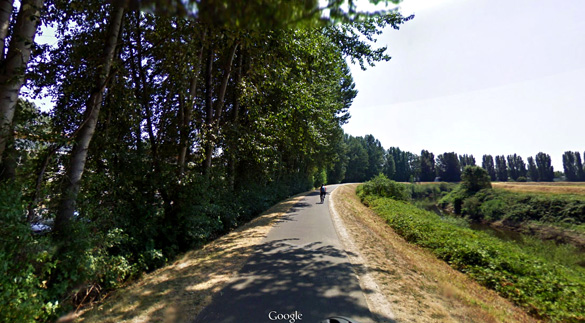 “Just a moment or so after observing the object, a commercial aircraft flew overhead on approach to land. It was moving west-northwest and had all strobes flashing and the landing lights were also on. It seemed to be on a direct crossing path with the object, and that they could possibly intersect each other. The commercial aircraft did seem to descend and its engines sounded as if they were being drastically decreased, an unusual sound for its relative position to the actual airport.”

One other aircraft was in the area.

“A couple minutes later at 10:02 p.m. a smaller jet aircraft approached directly from the south and made a sharp west-northwest arching turn directly over my house and flew towards the general area where the object and commercial aircraft would have intersected paths at. I am an avid armchair UFO watcher and believer. I have witnessed multiple UFO’s during my life, and this object was most definitely very, very odd.”

The case was filed with MUFON on July 22, 2015. Washington MUFON is investigating.

Kent is a city located in King County, Washington, population 92,411. Please remember that most UFO sightings can be explained as something natural or man-made. The above quotes were edited for clarity. Please report UFO activity to MUFON.com.