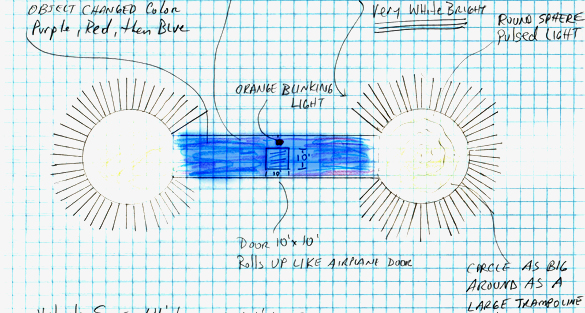 A Utah witness at West Jordan reported watching a cylinder-shaped UFO hovering while it changed colors before slowly moving away, according to testimony in Case 78051 from the Mutual UFO Network (MUFON) witness reporting database.

The witness was a passenger in a vehicle at 7000 South and Redwood when the driver first noticed two lights hovering under 500 feet.

“At first I thought it was a plane,” the witness stated.“But the lights weren’t moving, just standing very still.”

The witness was able to describe the object better once they approached it.

“As we got closer, between the two bright, white lights was a cylinder-shaped figure. It turned into a glowing purple, and then slowly turned red, and then blue. As we passed I looked behind me to watch. Then it slowly started moving towards the northern side of Utah while changing into the three colors. Then I looked away. I felt very excited and shocked. I couldn’t believe my own eyes.” 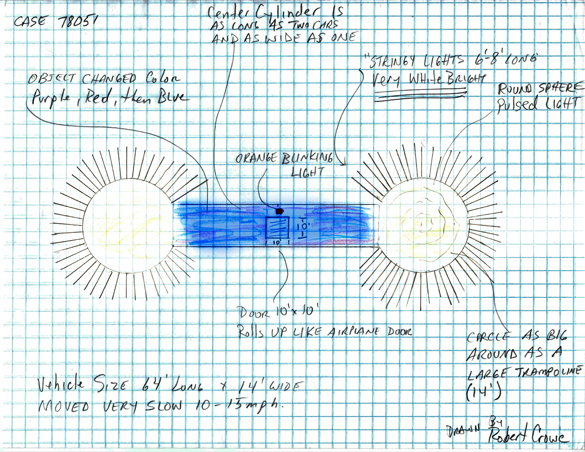 Field Investigator created this illustration of the object based on witness statements. (Credit: MUFON)

“The witness described the object as being about two car lengths long (two newer Chevrolet Camaros) and the width of a Camaro. A 2014 Chevrolet Camaro is 188 inches in length and 76 inches wide, according to the website, Edmonds.com,” the Crowe’s stated in their report. 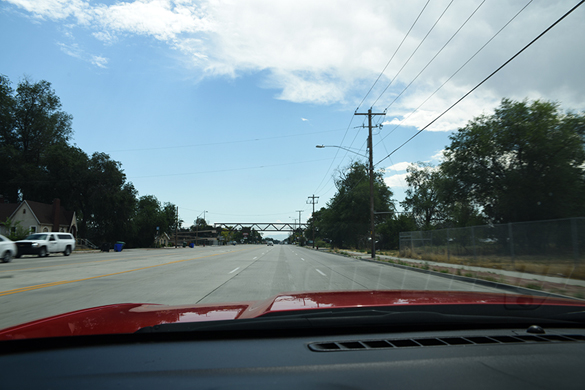 The object was first seen hovering above 7000 South and Redwood in West Jordan, Utah. (Credit: MUFON)

“Witness noticed a door that was centered on the cylinder about 10 feet by 10 feet. She explained the door was the type that rolls up, similar to an airplane. Above the door, there was an orange blinking light that stopped blinking after she saw the object. The cylinder appeared to be rough in texture with black or another dark color as the base color.Witness did not know or did not see a source of propulsion.On the end of the pulsing light domes, which were the size of a large trampoline, were these evenly spaced ‘stringy’ lights. They were spaced about a foot apart where they attached to the sphere. The lights seemed to be solid and appeared to be 6 to 8 feet in length.”

The investigators combed the neighborhood of the sighting area for four hours and were unable to find another witness. The local West Jordan Police Department was also contacted and they had no reports related this this event. Additionally, the South Valley Regional Airport had no reports either. 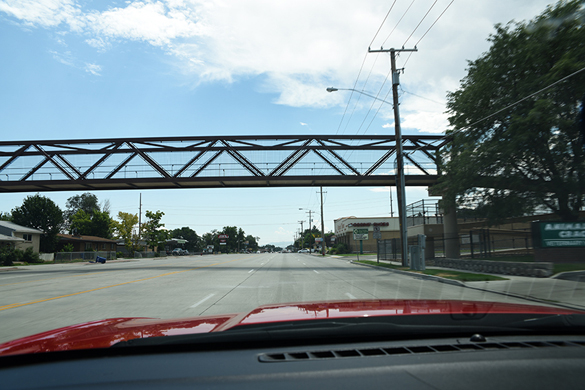 The object slowly moved away after changing colors several times above 7000 South and Redwood in West Jordan, Utah. (Credit: MUFON)

Investigator’s Conclusions: “I am unable to conclude the identification of the object reported by the witness. No other sightings of this description could be found in a 1,000-mile radius. Until such time as new information is made available, I must dispose of this case as Unknown.”