A California witness at Castro Valley submitted video of multiple UFOs believed to be “communicating with light beams or firing at one another” while a larger craft was nearby, according to testimony in Case 61928 from the Mutual UFO Network (MUFON) witness reporting database. 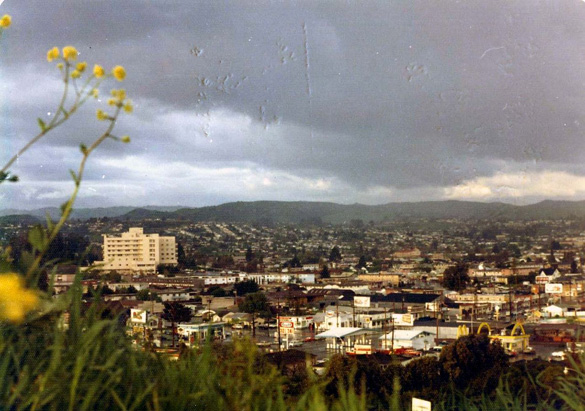 The witness included three video clips taken on November 23 and 28, 2014, in a report that was submitted on December 11, 2014. Of the three clips, the second clip was the clearest and is included with this report. 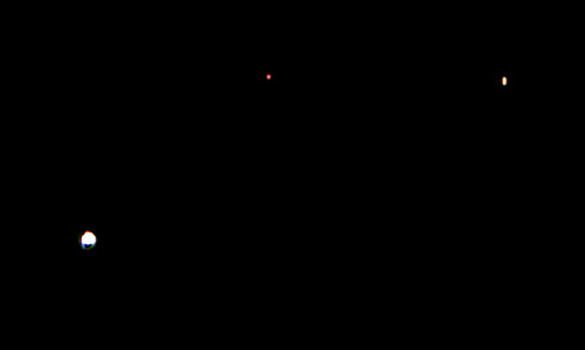 “A larger craft appears to the side and lower, flying toward the cluster of other craft,” the witness stated. “This went on for approximately 35 minutes to an hour on the eve of November 23, 2014, at approximately 12 a.m. The second video (which appears here) is from the eve of November 28, 2014. There are three to four craft in this clip as well.”

The witness had an earlier experience.

“This was following having seen a violet ring-shaped craft in the same part of the sky earlier that evening at 6:30 p.m.”

The witness believes there has been a lot of UFO activity in this area.

“We have been having a crazy amount of activity here in the San Francisco Bay area.” 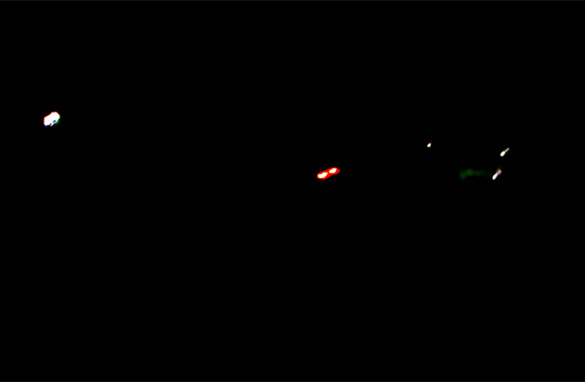 “The witness described a number of unusual, brightly colored lights maneuvering and hovering in the sky over her home,” Burrafato stated in her report. “Objects were described by the witness as being very bright, slightly larger than star-like orbs, varying in color from red, to reddish amber, green, gold, purple, and whitish blue. The objects both hovered in place as well as ‘maneuvered wildly in the sky.’ Objects did not make any sound whatsoever.”