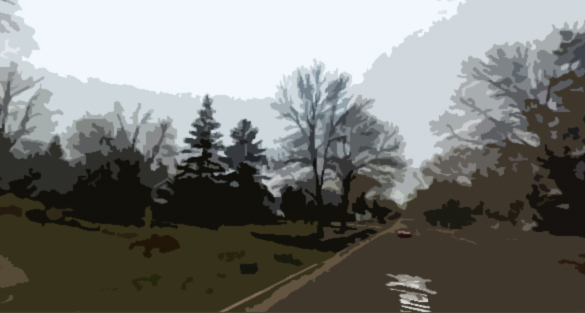 A Wisconsin witness at Hudson reported watching two triangular-shaped craft with lights on each corner that both hovered and exhibited “extreme rapid movement,” according to testimony in Case 80030 from the Mutual UFO Network (MUFON) witness reporting database. 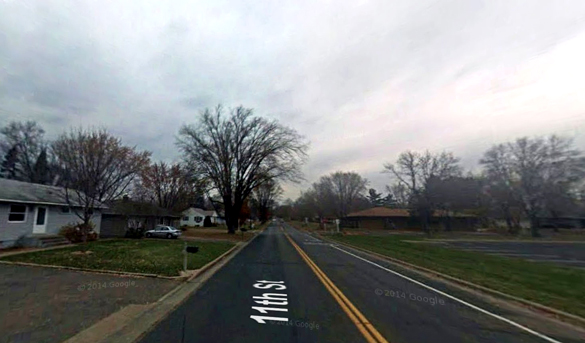 The witness was outside smoking a cigarette when a stationary craft – too far away to identify – appeared in the southern sky near Hudson, that launched two small, triangular craft.

“Each craft had a light on each corner,” the witness stated.“They moved very rapidly from south to east, would hover, and then move rapidly back and forth in mostly the eastern and southern sky. The event lasted over one and-a-half to two hours.”

The witness attempted to guest the altitude and size of the craft.

“They were over 2,000 feet up, but hard to tell how large the craft were due to distance, but appeared to be approximately 50-100 feet across or more. Very rapid, smooth movement was the distinguishing characteristic.” 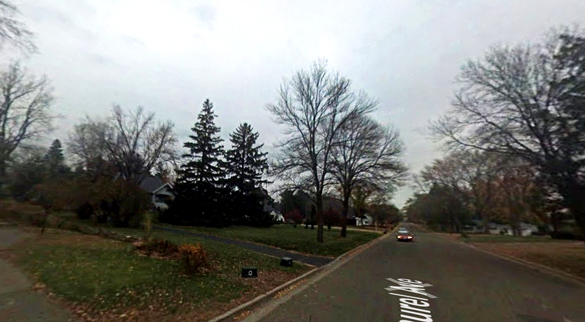 The witness attempted to track them with binoculars, but they moved too fast.

“I’m a trained navy look-out and couldn’t track them due to their speed. Cloud cover limited constant observation, but they would go in and out of clouds, hover, and glide rapidly back and forth. Finally, there was only one and it seemed to spend most of its time in what is my eastern sky. I feel like I’ve just witnessed something that was certainly not an aircraft. Planes cannot move like that. I could only see one light as they moved, but when they hovered, I could see a light on each corner of a triangular craft. As they hovered, they would turn as though they had a forward position. This is the first time I’ve seen anything like this and felt astounded at what I was witnessing. I wanted to get someone else to observe what I was seeing, but felt intimidated to do so. People think you’re a nut case if you do. I know what I saw and was actually excited at what I was seeing.”

Wisconsin MUFON State Director Susan Birttnen and Field Investigator Timothy Reppen investigated this case and closed it as an Unknown.

“There was no emission or sound,” Birttnen and Reppen wrote in their report. “The witness was a navy trained look-out with extensive binocular experience. He was notable to tract the triangles because they flew so fast. The objects would stop and hover to turn direction, as though they had a forward position.  The elevation was various; the lowest altitude was greater than 500 feet and the distance was between 501 feet to a mile.He was concerned because the triangles had returned for a second night.  My geographical location was approximately 20 minutes to 30 minutes (drive time) from him. So on the night of October 26, 2016, I went outside to see if I could see any of the triangles, in his direction, but I didn’t see anything anomalous. On the previous night, the witness stated, ‘This is the first time I’ve seen anything like this and felt astounded at what I was witnessing.’ When I asked for clarification or details about the object that launched the triangles, the witness reported, ‘It just appeared to be a reddish hue. Not bright red. Very distant, just a light.’” 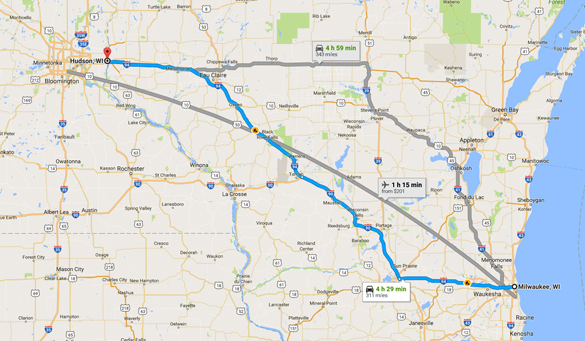 Hudson, WI, is about 320 miles northwest of Milwaukee. (Credit: Google)

Correlating Cases: It is important to note, that Wisconsin MUFON received two other sighting reports of triangles that exhibited the same unique characteristics.

Conclusion: Based on the information provided by the witness and his interview, the investigators concluded “At this time, the objects would be placed in the Unknown-UAV category.”

Hudson is a city in St. Croix County, Wisconsin, population 12,719. Please remember that most UFO sightings can be explained as something natural or man-made. The above quotes were edited for clarity. Please report UFO activity to MUFON.com.