An Indiana witness at Sellersburg reported watching and videotaping a rectangle-shaped UFO crossing the clear blue sky, according to testimony in Case 56640 from the Mutual UFO Network (MUFON) witness reporting database. 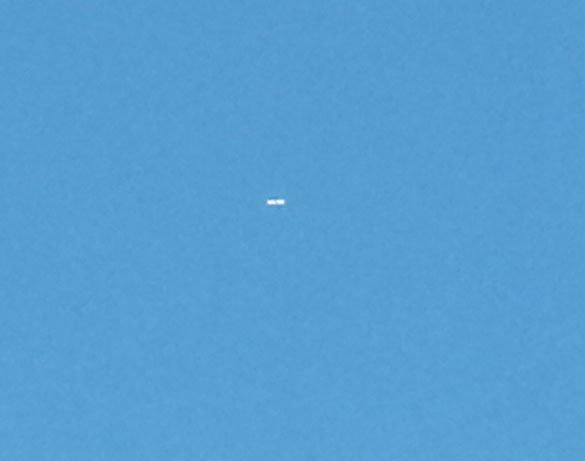 “It was moving from west to east at high altitude and at a comparable speed to an airliner in my estimation,” the witness stated.“As I looked closer, I noticed the object did not appear to have wings.”

The witness then began taking photos and videos of the object with his phone.

“After the object was far enough away so as not to be visible, I got in my car and cropped the photos down to get a closer look. It was then that I was pretty sure that what I had just saw was no conventional aircraft. It appeared to have no wings or tailwing. It also appeared to be rectangular in shape, with a perfectly squared front and back. Did not look at all aerodynamic in the pictures. I shared the video and pictures with a friend who is a UPS pilot, and while he cannot completely rule out the possibility it was an airplane, he is equally puzzled by the rectangular shape and lack of visible wings.” 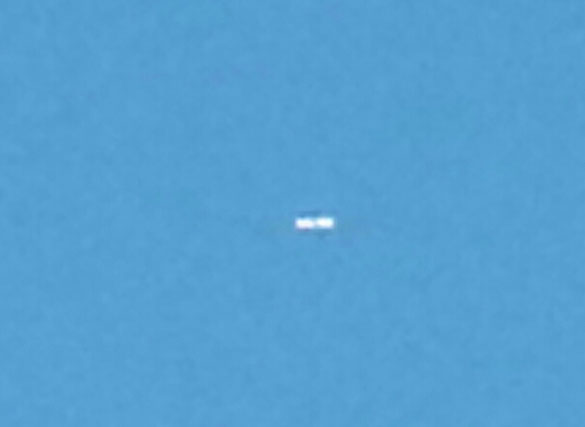 Sellersburg is a town located within Silver Creek Township, Clark County, Indiana, population 6,128. Indiana MUFON Field Investigator Patrick O’Brien closed the case as an Unknown. The case was reported to MUFON on May 26, 2014.

“The object could have been military,” O’Brien stated in his report,“but no jet aircraft at the local Air Guard Base, only C-130 aircraft.It is highly unlikely this would have been a military flight as described. It is in more keeping with other similar reports that have been received in the state.”