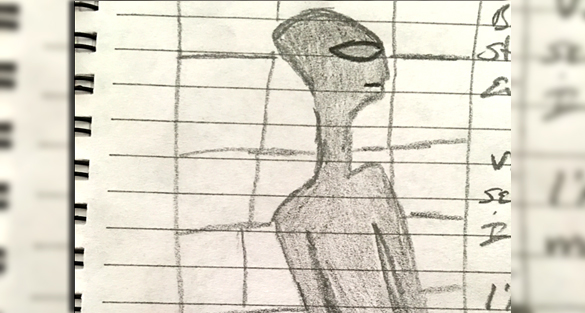 A Virginia witness at Norfolk reports a possible alien abduction after experiencing lost time and personal items that were moved, according to testimony in Case 75365 from the Mutual UFO Network (MUFON) witness reporting database.

“I know the exact time because I told myself that I was still going to be able to get up early despite the time,” the witness stated.“I was sitting on my bed, then the next thing I know I am walking from my kitchen to the bathroom. I remember thinking to myself, ‘Why was I in the kitchen?’ I didn’t have food or anything in my hands.”

Events continued to be out of the ordinary.

The witness may have seen an alien being. 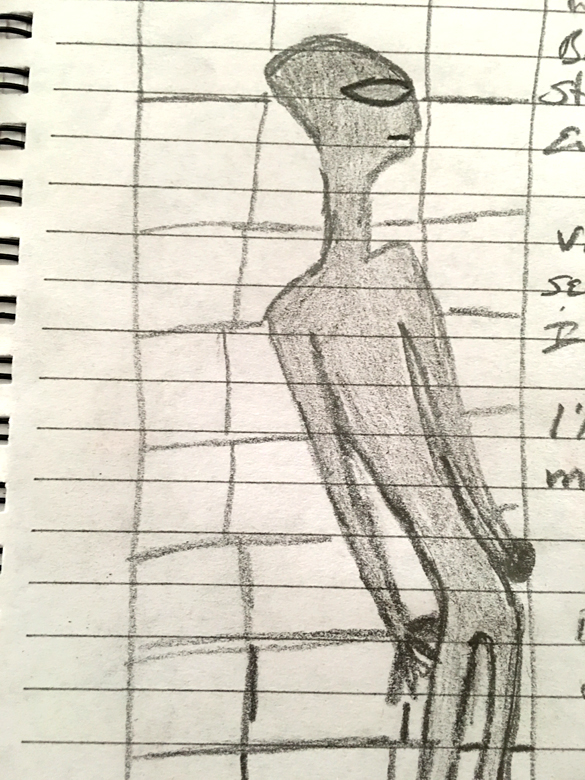 “There it was standing in front of my patio door almost as tall as the door. I froze and my jaw dropped. It turned its head, looked at me, and vanished through the door. I shook my head and went to the bathroom.”

The witness then realized there was a loss of time.

“When I walked back into the bedroom I looked at the clock and it was after 3a.m. I sat on the bed and tried to recall walking to my kitchen or what I had been doing this whole time, but couldn’t remember anything except a strange bracelet.”

The witness then felt compelled to draw the creature and the bracelet in hopes of clearing her mind and getting back to sleep. 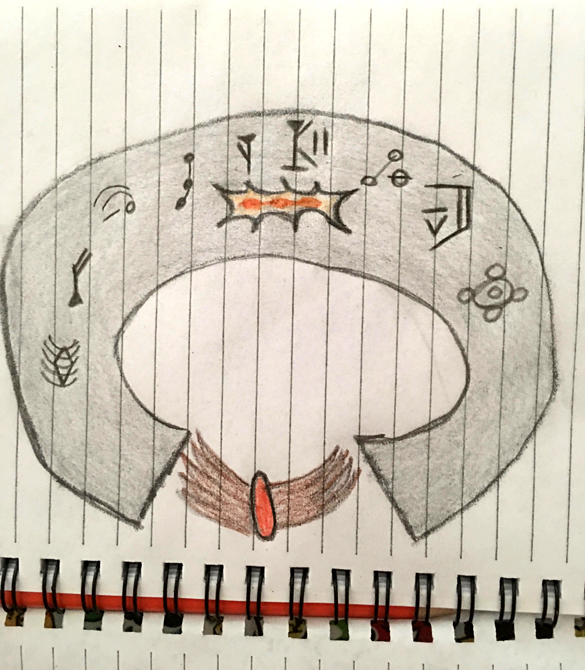 “I told my husband about this in the morning. That’s when we noticed the furniture. I have my heavy jewelry box and it had been pushed away from the wall right where the creature had been standing. My husband and I felt that the stand having been moved was extremely odd. There would be no reason for us to have done it nor would either of us do it at random.”

“My husband also recalled having slept heavier than normal that night. Though many things of this nature have occurred throughout my life I have never spoken out about them for fear of ridicule. I have many experiences, but only recently began to document what I remember as it happens currently. I hope by sharing this I can inspire others to come forward, or spark a memory of a similar event in someone else.” 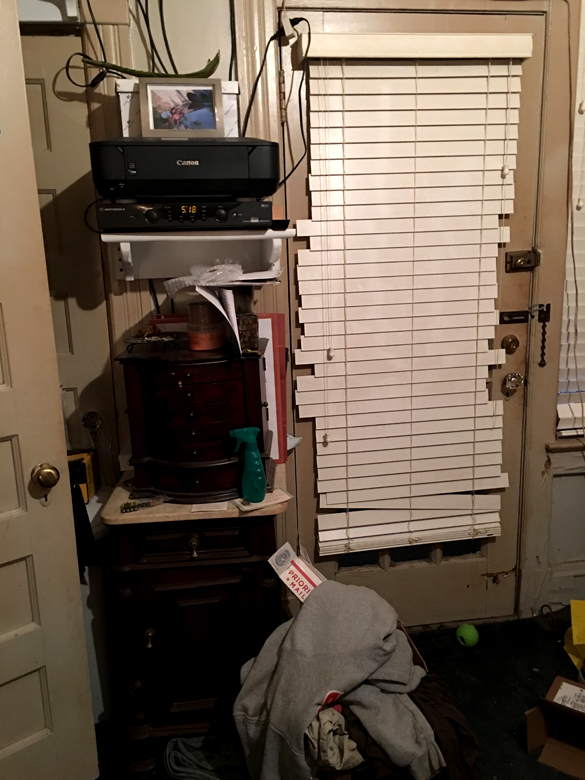 Witness photo that shows the heavy jewelry box that was moved during the incident. (Credit: MUFON)

The case was reported to MUFON on March 23, 2016. MUFON Virginia Field Investigator Robin Hills is investigating. Please remember that most UFO sightings can be explained as something natural or man-made. The above quotes were edited for clarity. Please report UFO activity to MUFON.com.