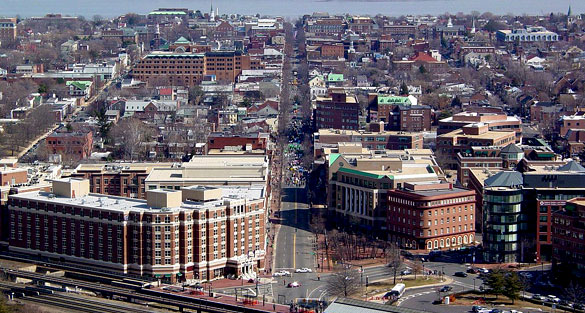 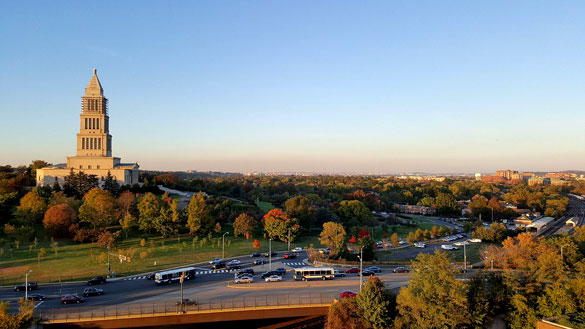 The incident occurred beginning about 12:15 p.m. on December 4, 2015, between Huntington Creek and Huntington Metro in South Alexandria.

“I saw two large, slow moving, long silver cylinders,” the witness stated.“I was in my kitchen which faces westward toward Telegraph Road/Burgundy Village and was heating water for a cup of coffee. I looked out the window of the kitchen door and noticed how blue and clear the sky was, especially after three days of rain.”

The witnessed opened the kitchen door to get a little fresh air and take in a better view of the sky and saw several people working in the yard next door.

“I was about to close the door when I saw them – two long silver craft moving from north to south flying over the midtown south high-rise on Huntington Avenue which is about three blocks from my house.” 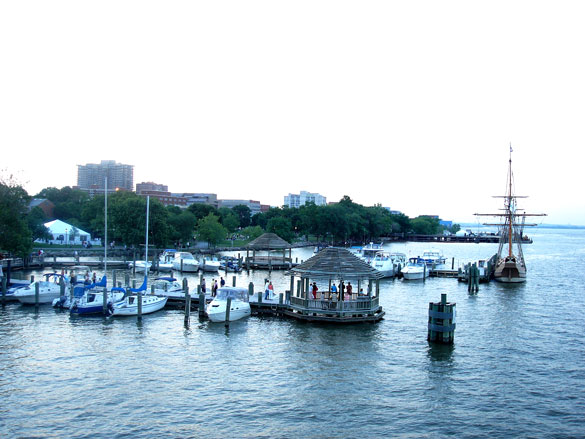 The objects did not have any wings nor tail rudders, and the witness did not see any markings on them. Pictured: Alexandria, VA waterfront. (Credit: Wikimedia Commons)

“The craft I could see clearly did not have any wings nor tail rudders, did not see any markings, but saw a flash of red on the lower flying craft. The two craft flew together at the same speed but separated, by from what I could tell, less than 1/8 or less distance from each other. The higher one was flying between 2-3 o’clock, and the lower was at between 6-7 o’clock. Their speed – they were traveling between 25-35 miles-an-hour and the height less than a half mile, maybe closer.”

The objects traveled south towards Huntington Metro where they suddenly turned in a sharp, graceful U-turn westward heading in the direction of Rose Hill.

“As they turned, I saw a bright intense light coming from the rear of the lower craft. At that point I turned to the left and looked into the yard next door and was about to yell something to the two guys working on the porch, but when I turned back to sky, the objects were both gone.”

The witness provided additional details on the two craft.

“The front end of each was rounded. I saw no windows. The tail end was slightly bulbous and both craft were, as far as I could see, were of the same make/size/shape. The only sounds I could hear was traffic from Huntington Avenue and from the Metro. I was a little freakedout about seeing the two crafts. I don’t know what they were and I hope others that saw them would come forward and report them.” 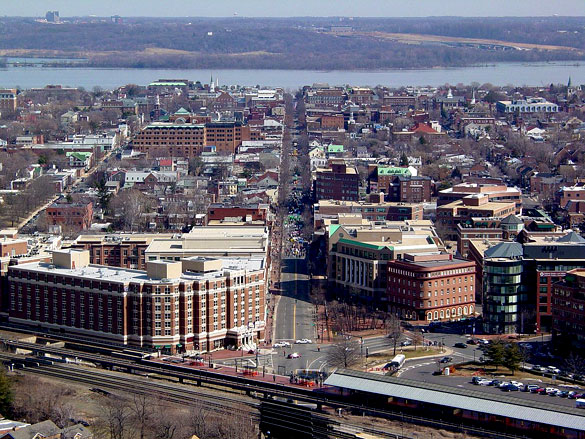 The objects seemed to be traveling between 25 and 30 mph and were about a half-mile away. Pictured: Old Town Alexandria, VA. (Credit: Wikimedia Commons)

No images or videos were provided with the MUFON report, which was filed on December 4, 2015. Virginia MUFON Field Investigator Victor B. Rodriguez is investigating.

Alexandria is in Fairfax County, Virginia, population 139,966. Please remember that most UFO sightings can be explained as something natural or man-made. The above quotes were edited for clarity. Please report UFO activity to MUFON.com.