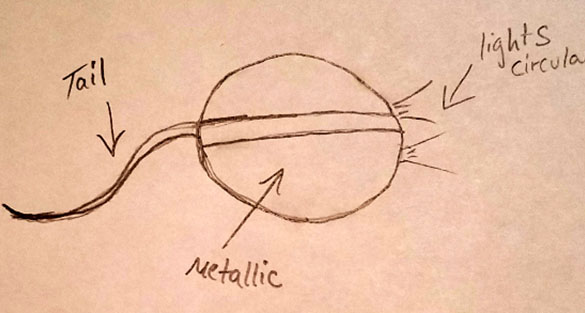 A Virginia witness at Centreville reported watching a sphere-shaped object that stopped and hovered as regular air traffic passed by, according to testimony in Case 81071 from the Mutual UFO Network (MUFON) witness reporting database. 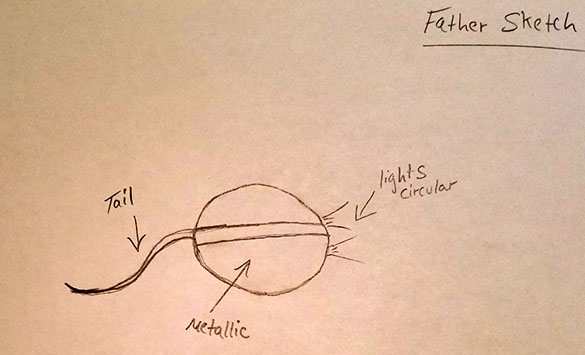 The witness was outside about to give her son a driving lesson on December 20, 2016, when the incident began.

“Right before entering the driver’s side of my vehicle, I noticed in the sky to my left an object slowly moving from left towards my direction flashing two extremely bright, circular, white lights,” the witness stated.“At first I thought it was an airplane, but as it became more discernable, I noticed it had no wings, however, I could distinctly see that it was sphere-shaped with what looked like a white tail appendage sticking out from the rear.”

The witness watched as the object moved toward her location.

“I also noticed that the side of the object gave a brief reflection from the sun which allowed me to observe its metallic/aluminum body as it would look on an airplane reflecting off sun light. The object moved towards my standing location and then made a slight turn towards my right (its left) as it proceeded to slowly move across the sky.”

“The lights continued to glow off and on randomly. At times the lights would stop glowing or emitting light for about 5 to 7 seconds, and then would glow again. I noticed that the object came to a stop as soon as a passenger airliner flew by at a lower altitude below it, as if to observe it. The object then proceeded to continue its path moving from left to right across the sky.” 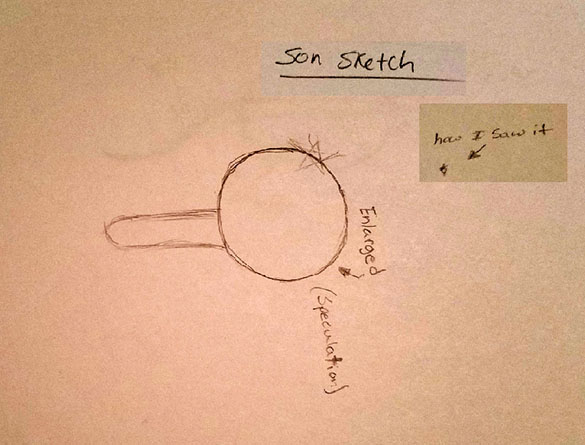 The witness then followed the object a few blocks out of the neighborhood to a more open area where the sky gave an unobstructed view.

“As I continued to look up, my son and I, who had been with me the entire time, noticed that the object stopped again. Suddenly, three white or silverish-colored airplanes appeared flying from right to left, one behind the other, leaving contrails in its path. I found the timing and the order in which these large airplanes were flying (one behind the other) rather strange. The airplanes flew in the direction of the UFO and passed a few thousand feet beneath it. The UFO blinked its lights a few more times as the airplanes flew by, and then moved around in circular directions, then slightly moved up, then down, then it continued to glow its light for a few seconds. The light then became dimmer to the point of going out, with the object becoming more transparent, but still discernible to my eye. The object’s light would then begin to glow some more with the object becoming more materialized and then slowly changing back to its transparent form until it eventually vanished in the sea of a beautiful blue sky.” 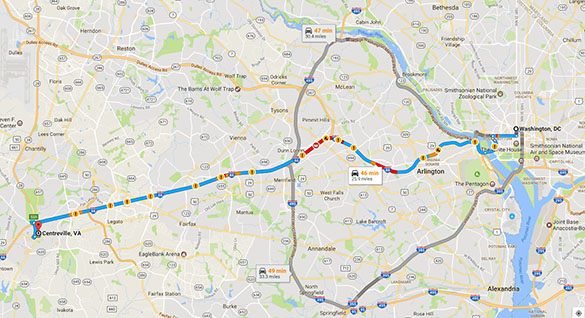 “A few things that stayed with me after this experience were how magnificent and powerfully bright the lights were as they glowed. I could stare at them for hours. Also, how the object would stop when an airplane would fly by as if to observe it. How there was, clearly a what appears to be a white tail, coming from the rear which moved accordingly to the laws of physics. And lastly, the way it would move slowly across the sky and then stop, and change directions at will implying a clear sign of intelligence behind the controls. Very creepy, however, amazing at the same time.”

Centreville is located in Fairfax County, VA, population 71,135. Virginia MUFON STAR Team member Norman Gagnon closed this case as an Unknown. Please remember that most UFO sightings can be explained as something natural or man-made. The above quotes were edited for clarity. Please report UFO activity to MUFON.com.