The volcano erupted on Wednesday, April 22 for the first time in more than forty two years. Four thousand residents were forced to evacuate the area as ash and smoke filled the sky.

Ana Luisa Cid, a UFO researcher in Mexico City, put together a compilation of volcano eruption videos that show the aerial object seemingly hovering near the Calbuco volcano. And this UFO appears to have two very bright white lights. 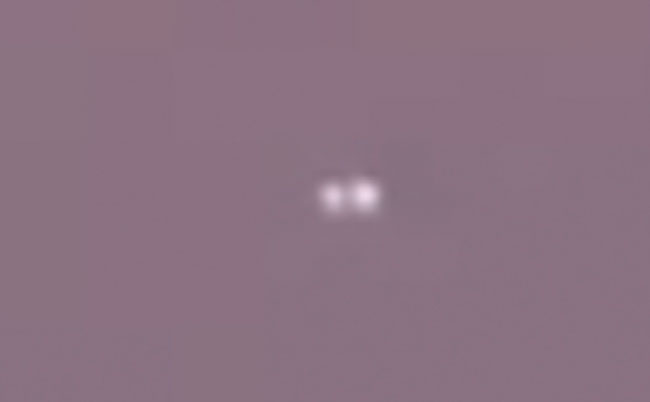 The UFO near the Calbuco volcano. (Credit: Ana Luisa Cid/YouTube)

Ana Luisa Cid points out that some have suggested the UFO is simply a drone or helicopter gathering aerial footage of the volcano. But she also comments, “What is striking, in my opinion, is that the object remained static, then vanished. Optical illusion?”

At least one helicopter and one plane were in the sky during the volcano’s eruption.

And Chile news station T13 posted a video story on April 23 about the “pilot who was mistaken for a UFO.” The media outlet interviewed pilot Vicente Beasley who was reportedly flying a Cessna 206 during the volcano eruption. Beasley also captured video of the volcano’s plume.

UFOs have been seen near volcanos several times in recent years. A video recorded in 2012 even shows what some believe is a UFO flying into the Popocatépetl volcano in Mexico. Some UFO researchers believe UFOs are either attracted to volcanos, or that the pilots of extraterrestrial spacecraft have hidden bases inside volcanos.

But in the case of this most recent UFO near an erupting volcano, pilot Vincente Beasley’s testimony and supporting video footage make it pretty likely that his plane is the UFO seen in the video posted by Ana Luisa Cid and others.