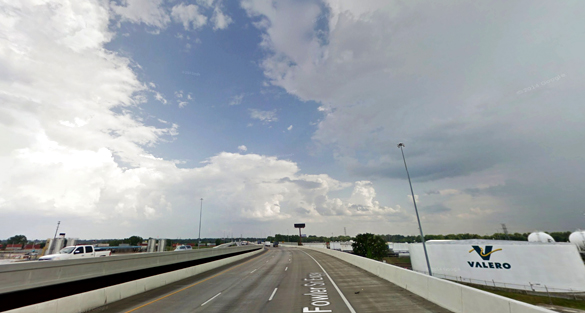 A Tennessee witness at Memphis reported watching two V-shaped UFOs “hanging” in the sky over an interstate highway, according to testimony in Case 77441 from the Mutual UFO Network (MUFON) witness reporting database. 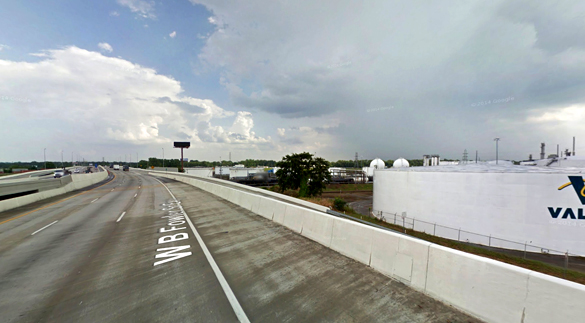 The witness was southbound along I-55 in Memphis near the Delta Refinery, pictured, when the UFOs were spotted hovering above on June 22, 2016. (Credit: Google)

The witness was driving to Memphis Airport along southbound I-55 at 3:30 a.m. on June 22, 2016, near the Delta Refinery when the incident occurred.

“As we got closer, I slowed and rolled my window down and stuck my head out to get a better view,” the witness stated.“It was not moving nor making any sound. I could not believe what I was seeing.”

The object was double the size of a large jet.

“Seemed to be over twice the size of a 737 and just hanging there in the sky. Shaped like a V made of two rectangles, cut at the ends to make a point.” 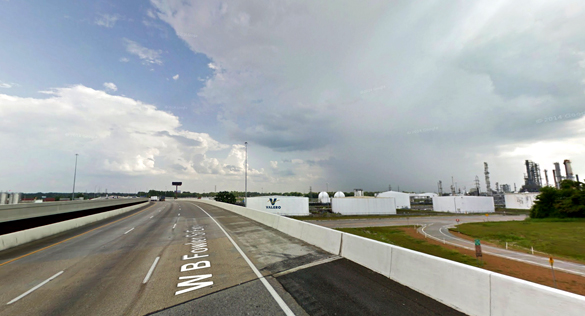 The witness decided not to stop along I-55 to take pictures as it was not safe. (Credit: Google)

The witness first thought to pull over and dig a camera out of luggage in the vehicle, but then thought it unwise to do that on an expressway.

“The traffic was light, but it was all tractor trailer rigs. I tried adjusting my left rear view mirror, but could not see it even when I looked back. Then, off to my right, some distance away, we saw the same light pattern hanging in the southern sky, too far away see any distinguishable features.”

The witness attempted to sum up the location and size of the object.

“To the best of my memory, I would guess the object was 1,000 to 1,500 feet up, gray in color with white lights along the lower outer edges except for one red light at the back. I would guess that legs of the V to be 30-feet to 50-feet square and 200-feet to 300-feet long with the span at the back of the V about 150-feet. There were two protrusions that I could make out clearly on the bottom of the closest leg. One was a cylindrical-shaped and the other was like an inverted fender well or a spare tire carrier. I am still befuddled about what it was. I swore to myself I will never travel again without a camera ready. To this day, I want to go back and look, camera ready.” 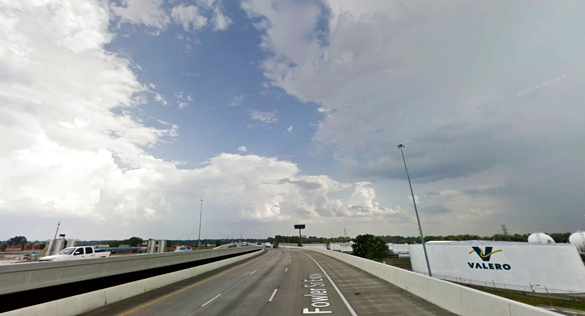 Tennessee MUFON is investigating. Please remember that most UFO sightings can be explained as something natural or man-made. The above quotes were edited for clarity. Please report UFO activity to MUFON.com.