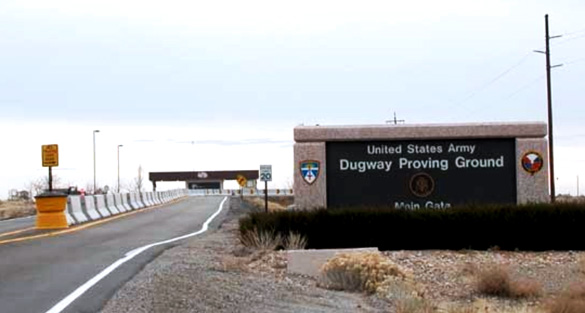 A Utah witness at Dugway recalled a UFO incident from 1992 when he and two friends approached an object hovering 20 feet over the roadway, according to testimony in Case 75923 from the Mutual UFO Network (MUFON) witness reporting database. 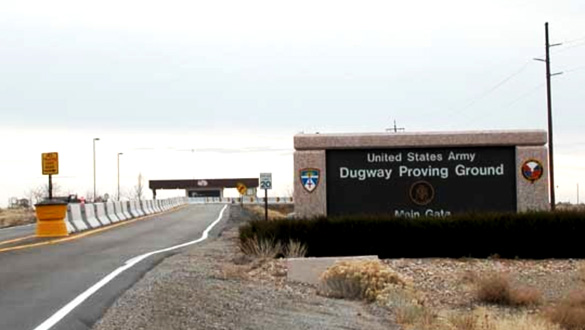 The reporting witness and two friends were invited by a mutual friend to go bowling on June 15, 1992.

“She was living with her grandparents in Dugway on the military base,” the witness stated.“We started driving out towards Dugway in late afternoon. Just before dark we crossed Johnson pass, which is a small mountain pass just before a long straight road leading up to the army base.”

The witness was riding with two friends.

“I was in the front passenger seat. My friend Jeremy was driving. And Ryan was in the back seat of the car.”

The group noticed something ahead of them in the roadway.

“As we dropped down out of the pass and started across the small valley we noticed something stretched across the road. As we came within about half a mile from the object we discussed what we each thought it looked like.” 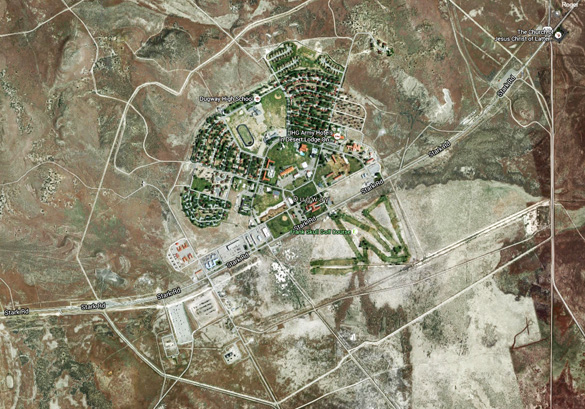 As the witnesses approached the UFO, it changed shape and moved quickly away. (Credit: Google)

The three tried to guess what they were seeing.

“I said, ‘It looks like a big piece of plastic or a parachute because the edges of the object were kind of fluttering around on the edges, but it can’t be because it’s standing about 20 feet high off the road.’ It also had a white light that was either coming from behind or from inside of the object. I didn’t see any direct light. It seemed to be all indirect.”

The three continued to drive toward the object.

“When we reached a distance of about 100 yards, my friend slowed down and stopped the car. Just as we opened the doors, the object changed shape! It quickly changed into a cone shape. The white light brightened and then streaked straight up with a popping sound scattering dirt and rocks out from the area. The craft left our sight almost instantly and didn’t return. Both of my friends saw all of these things as well. We all kind of talked about what had happened after that, but never since!” 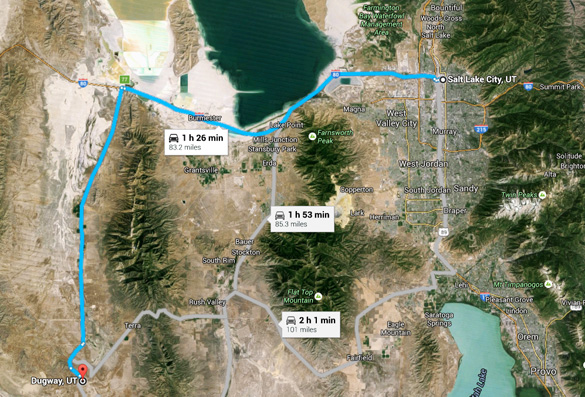 Dugway is in Tooele County, Utah, population 2,016. “Dugway” is synonymous with the United States Army’s giant testing facility, Dugway Proving Ground. The housing area designated for military and civilian personnel is referred to as “English Village.”The name “Dugway” comes from a technique to dig a trench along a hillside to keep a wagon from tipping.

MUFON Utah is investigating. Please remember that most UFO sightings can be explained as something natural or man-made. The above quotes were edited for clarity. Please report UFO activity to MUFON.com.