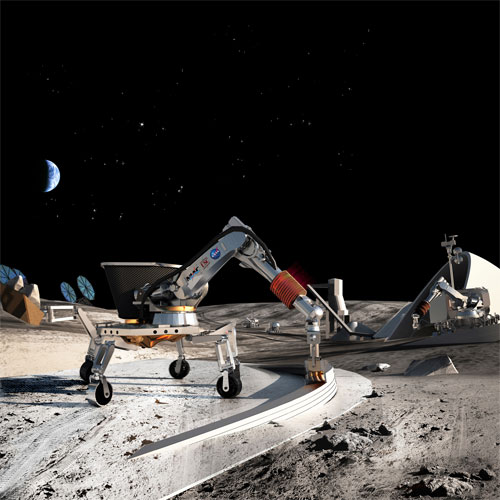 Technology known as contour crafting could provide an economically viable and reliable building system for construction in space. This technology uses 3-D printing to build cement buildings at a relatively fast pace. The Washington Post explains this technology was developed by revamping a construction system pioneered by Behrokh Khoshnevis ten years ago. 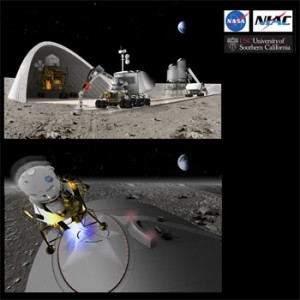 Khoshnevis, a professor and director of the University of Southern California’s manufacturing engineering graduate program, was awarded a $500,000 grant from NASA’s Innovative Advanced Concepts division to develop automated building technology that will allow scientists to build structures on planets and moons. The Washington Post points out that earlier lunar construction proposals “were based on taking materials to the moon for assembly.” But Khoshnevis’s contour crafting offers a significantly less costly solution. He states, “Use the material that’s there and then use robotic systems that will take energy from the sun to operate instead.”

Khoshnevis’s system brings space construction closer to reality. But it is reportedly still decades away from being utilized to construct buildings on the Moon.