Home / Articles / UFO News / Update on the Bantam Lake UFO
Although the official investigation was called off weeks ago, a private group is attempting to solve the mystery.

Update on the Bantam Lake UFO 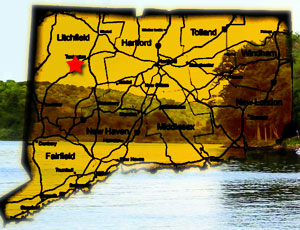 Although the official investigation into what fell from the Connecticut sky and crashed in Bantam Lake on April 10 was called off weeks ago, a private group is attempting to solve the mystery.

The Smoking Gun Research Agency (SGRA), a paranormal research group in Orange, Connecticut, recently posted an investigation progress report to their website, www.sgra.org. As the Litchfield County Times explains, the group reports that, on the morning of April 13, SGRA received approximately twelve reports likely related to the incident “that had folks in Litchfield, Morris and beyond buzzing about a UFO—or at least about a meteorite that may fallen into the lake.”

Most of these witnesses were within a five-mile radius of the lake, but none actually saw the object. They did, however, describe feeling shaking or vibrations, or heard a loud boom, and/or saw a brief flash of light outside.

According to the Litchfield County Times, during the two weeks following the incident, the SGRA “received a total of 37 additional observations, most of which were similar in nature to the initial ones.” They also reportedly discovered that a similar sighting of a “green-glowing” object occurred on Monday, April 9 at approximately 10:45 PM.