From the archives of Col. Wendell Stevens…Two sightings occurred in Nagoya City, Japan during the late 1970’s below are the documented sightings and images captured.

At about 12:10, midday, a young high school student, Hirohito Tanaka, 13 years old, from his home in Nagoya City, happened to look up into the sky above, and saw a very dark, domed disc-like machine moving in zig-zag and falling leaf fashion about the sky. He could not see much detail, only noting the strange movement and thinking that it could not be a conventional airplane of any kind known to him. 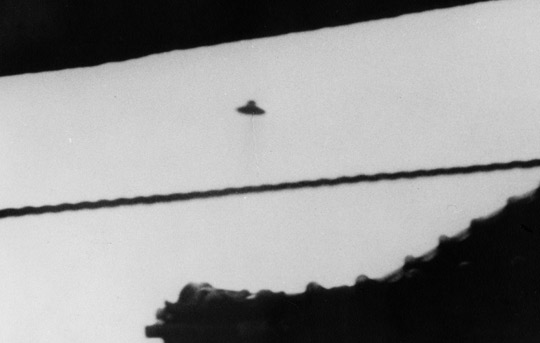 He went into the house and brought out a small camera with which he snapped 7 black and white photographs before it suddenly flew away. The total observation lasted five to six minutes. 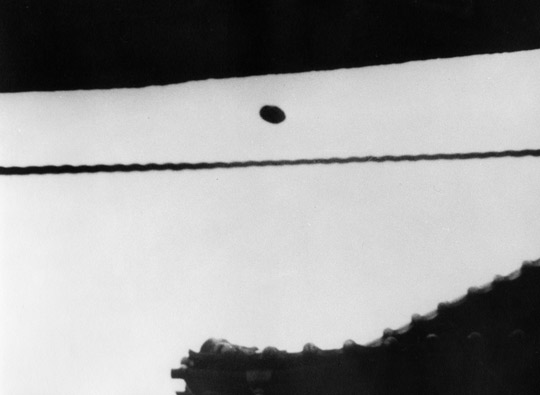 This was not the first time young Tanaka had seen this kind of machine. He had seen and photographed the same or similar machines on October 4th and December 8th of 1975. He snapped 8 photographs of up to 6 similar machines launched by a large cigar-shaped mother craft over his home on September 3, 1975. The small domed objects went into and came out of the larger ship intermittently. Then they all went back inside and the whole affair accelerated rapidly up and out of sight.

A Nagoya City University student (who requests anonymity) was studying in his room when he chanced to spot a tiny black point moving in the Southern sky, which he thought at first to be a bird or an airplane, but when it approached and stopped at a distance of about 100 meters, he realized it was neither a bird nor an airplane but a dark gray disc-shaped object. 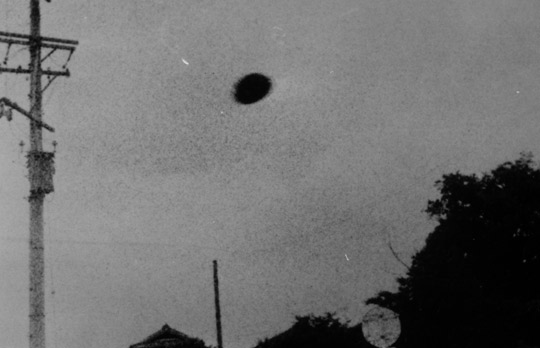 He ran out of his house and saw from the road in front of his house there was a circular object with a dome on top and was about 7 meters in diameter and about 2 meters in height, hovering at 80 to 90 meters above the ground. He ran back into the house to get his camera and in his excitement stumbled down on his way outside. 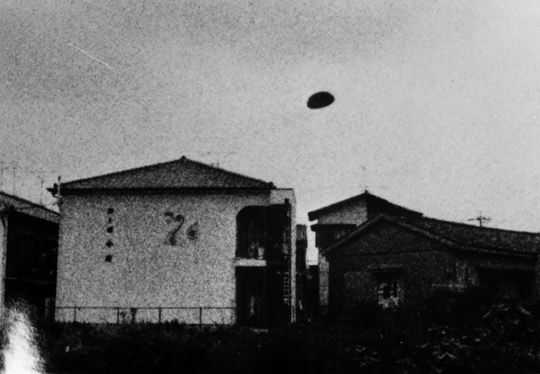 He took one photo near the garage, and then ran out further into the road and took 4 more pictures. In the meantime, the object moved from SSE to WSW and after decreasing its altitude slightly, suddenly began to ascend and disappeared into the clouds overhead.