Home / Articles / UFOs In The Clouds
Multiple sightings of UFO-shaped clouds have been reported during the past four months. 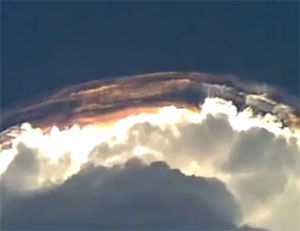