A Florida witness at Longwood reported and videotaped sphere-shaped UFOs forming a square that moved and hovered and made no sound, according to testimony in Case 54305 from the Mutual UFO Network (MUFON) witness reporting database. 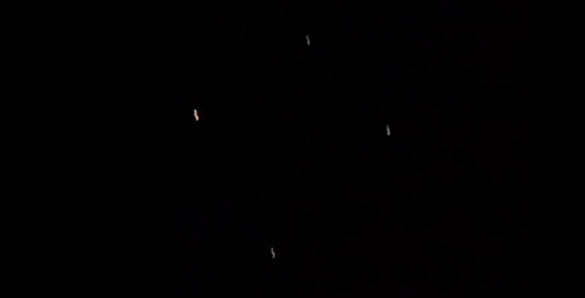 The witness reported watching four glowing objects above Longwood as they crossed Wikiva Springs Road at 11 p.m. on February 25, 2014.

“The objects appeared to travel together and were gaining altitude and forming a square,” the witness stated. “At first they appeared as four large, glowing balloons.”

After approximately three minutes traveling together the objects appeared smaller to the witness as if they were gaining altitude.

“I used a video editor to cut out the sound – my son was too excited – video contains a sample watermark but was unedited.”

“The witness stated that he was driving north at 11 p.m. on February the 25th with his son and he was making a turn and caught something out of the corner of his eye,” Branham stated in his report.“His location was at Stable Pointe and Wekiwa Springs.  He stated seeing four bright orange objects that looked like balloons. He estimated these to be about 5 to 10,000 feet high. As he turned his car around, he could see the four lights crossing over the road fairly fast.  The witness stated that the four objects held position, but one left position and moved back into the same position.  He stated that all four objects speeded up at the same time without breaking position and then he lost sight of them through the tree line.  The witness is an engineer and stated that he was trying to think logically about what he was witnessing.  He said that when one object broke formation it moved slowly back into the same position.  He said he was trying to rule out what it might have been.  It was very dark and a clear sky.  He stated that it was absolutely not Chinese lanterns and was moving without any running lights associated with an aircraft.” 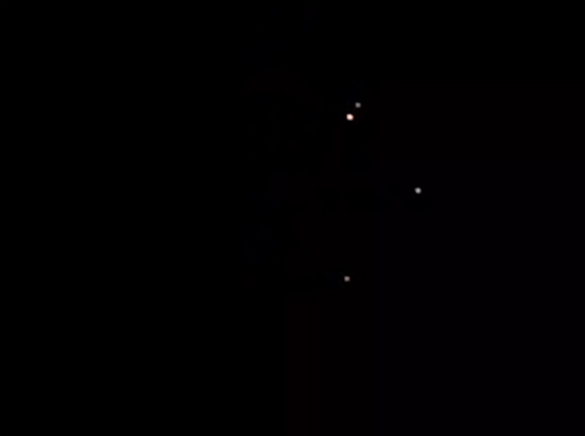 Branham said he was ruling out Chinese lanterns due to the fact that the objects were moving from west to east on a calm night at the speed of a jet.

“The objects were described as holding formation and moving across the sky at about the speed of a jet.  They were not burning, but a solid white glow. The Field Investigator can find no reports of meteors in this area on this night.  Ruling out meteors.In checking flightradar24, I can find no movement in the area at this time.  Also most traffic is moving north-south.This is a possibility; in review of the picture taken of the four objects there may be a possibility of a triangular object with one of the objects moving around it. When it takes position the object may appear to be a square shape in the sky.  This is a possibly a drone as it could be made to maneuver in a pattern at high altitudes with the speed of a jet.”